I would like to wish a Happy Mother’s Day to all the mothers in this world.
I would also like to share with you a touching story of a righteous mother. The article is a translation from the Chinese (Reference). I hope you enjoy it.

This is about a kidnapping case. The suspect, a 30-year-old man, kidnapped a boy of 6. Luckily, the child was not harmed. But even though the man’s actions did not result in serious consequences, the law nevertheless demanded that he be punished.

The boy was the son of the man’s boss. The man had worked for eight months but had never been paid. Being his family’s only breadwinner, he was carrying a heavy burden. His mother was seriously ill with heart disease and needed daily medication. In addition, his mentally ill sister would wander the streets and needed care. Last but not least was that he needed to pay for his child’s school. Facing all these expenses, he had no choice but to ask his boss to advance him some money – even a few hundred dollars would have been helpful. But whenever he asked for
money, his irritable boss would call security and chase him out of office.

In the end, he could not take it anymore and kidnapped the boss’s son. He quickly regretted his action. Although he could have abandoned the child and run away, he wouldn’t do it because he worried something bad might happen to the boy. He cradled the boy in his arms so he would not be afraid. In fact, the child was sleeping in his arms when the police showed up.

The man was sentenced to five years. People felt sorry that he would have to pay such a price for his crime. What would happen to his family? As the judge was declaring the court adjourned, a hoarse voice was heard from the
audience. A lady, over 60 years old, the victim’s grandmother and the mother of the kidnapper’s boss, said, “Wait, I want to say something.” The old lady had been sick with worry when her beloved one-and-only grandson was abducted. Those present in the courtroom were worried that she might ask for compensation from this poor worker who had nothing with which to pay.

The old woman slowly walked to the dock. She stood in front of the kidnapper, and her mouth was trembling. Silence filled the room. No one knew what would happen.

Suddenly, the old woman bent down and bowed deeply to the kidnapper three times. Everyone was shocked. Even the man’s boss, who was sitting at the plaintiff’s bench, thought his elderly mother must be confused.

The old lady raised her gray head, and tears were streaming down her face. After a long time, she spoke … slowly, “My first bow represents an apology to you on behalf of my son. He wronged you because I did not teach him well. The culprit was my son, not you, and he should be the one to be sentenced. The second bow represents an apology to your family on behalf of my son. As his mother, I owe you an apology too. The third bow is to thank you for not harming my grandson. You have a kind heart; you did not leave the slightest shadow of fear in his mind. My child, you are a
hundred times better than my son.”

The old lady’s speech moved all the people in the courtroom. What a righteous mother! The kidnapper was so moved that he burst out crying. The result was that the son of the elderly lady not only paid the worker the wages he owed, but he also sent the worker’s mother and sister to a city where they could receive the medical care they needed. The story had a happy ending.

I believe the tolerance and righteous act of this elderly lady gave salvation to her son. Her three bows were for her son. She did it to teach her son not to do anything unjust again.

“Taking the righteous path” is vital, whatever we do in life. We must never be unjust and immoral. At the very least, we should not do anything to sadden our mother and make her bow her gray head in shame. Previous Getting Away From Habitual Thought -Alice Lin (1)

Next Happy Mother's Day!!! For Those Who Have the Toughest Job in the World!!!

I CHOOSE TO FLY IN THE SKY 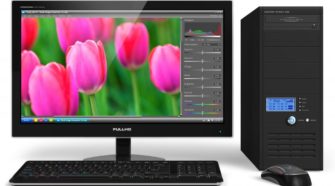