Confucius learned music from Xiang Zi. After the teacher taught him a piece of music, he played it every day to practice. He didn’t look bored at all, and his techniques soon grew from amateurish to proficient.

Ten days later, the teacher said to him, “You have played this song very well, now you can learn a new song!”

Confucius stood up and said respectfully, “Although I have learned this form of music, I have not mastered the skill of playing.”

Many days passed, and the teacher felt that Confucius’s technique had improved even more. His music was harmonious to people’s ears, so the teacher said: “You have mastered the playing skill, you can learn a new song now!”

Confucius said, “Although I have mastered the skill of playing, I have not yet grasped the thought and emotion of this piece of music!”

Many days later, the teacher came to listen to his playing, and he was captivated by his beautiful playing. “You have grasped the thought and emotion of this piece of music, will you learn a new song?” He asked with a sigh.

Confucius replied, “Although I play well, I do not yet know whose song this is.”

Only a few days later, Confucius asked his teacher to come and listen to the music. “You already know whose song this is?” The teacher asked him, surprised.

Confucius said excitedly, “Yes! The man is tall and well built, his face is dark, his eyes look up to the sky, and his heart is full of influence. Is he the King of Zhou?”

The teacher was surprised and admired him, he said excitedly, “You are right! My teacher once told me that this song is called Wen Wang Cao. You have reached such a high level of knowledge with your tireless studying!”

Note:
King Wen of Zhou (Chinese: 周文王; pinyin: Zhōu Wén Wáng; 1152 – 1056 BC) was king of Zhou during the late Shang dynasty in ancient China. Although it was his son Wu who conquered the Shang following the Battle of Muye, King Wen was honored as the founder of the Zhou dynasty. A large number of the hymns of the Classic of Poetry are praises to the legacy of King Wen. Some consider him the first epic hero of Chinese history. 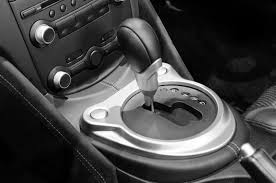