The image is from https://www.elmwoodparkzoo.org/animal/donkey/.

The typical market price for a donkey was $100, but a man wanted to sell an old donkey for $50. The vendor waited for a long time. Then, just as he was about to go home, a Jew named Miles stopped him and offered to buy his donkey.

When the deal was done, Miles went away happy. When he got home, his wife asked him, “Why did you buy such an old donkey?” Miles smiled and said, “Money.” His wife tried to ask him again, but Miles would give her no other answer. He sealed up a cardboard box and cut a slot in the top. Then he gathered a large number of paper slips and wrote “donkey” on one of them.

The next day, Miles went into town with his donkey and the stuff he had prepared. “Raffle!” he shouted. “Two dollars a ticket, one donkey for the winner.”

In less than an hour, Miles had sold all 1,000 tickets that he had prepared. Then he gave his donkey to the winner of the raffle and went home.

When his wife saw him coming back alone, she asked him how much he got for the donkey. Miles handed the money to his wife, who was surprised. How could he have made so much money over a donkey that was worth only $50?

Miles said: “Real money is not in the donkey, but the mind. What I paid for is the price of a donkey, but what I sold is human nature. Those who buy a lottery ticket think that they are paying $2 to gamble for a donkey. It is worth giving it a try. It is all right to lose a bet, and it is only $2. Most people are keen on gaining petty advantages, and If I set the price higher, people will not buy it. Therefore, when something is good in quality and low in cost, they will spend money happily.”

This is Jewish thinking. You may be in desperate circumstances, but as long as you are inventive, you have unlimited possibilities…

Next What Does BF Stand for? 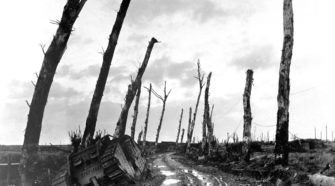