What is a responsibility?

After inspection, the 20 beams of the auditorium have rotted and need to be replaced immediately. Each beam is made of huge oak, which must be replaced in order to preserve the hall’s 350-year history. In 1985, it was no longer easy, or possible, to find 20 giant oak trees, but each one would have cost at least $250,000. It baffled Oxford.

At this time, the campus horticulture institute reported that 350 years ago, the architects of the great hall had already considered the difficulties that would be faced by future generations. In those years, they asked horticulturists to plant a large number of oak trees on the land of the school.

At this time, the campus gardening institute reported that 350 years ago, the architects of the auditorium had already considered the difficulties that future generations would face. In the same year, the gardeners were asked to plant a large number of oak trees on the school land. Today, each oak tree is much bigger than the beam it needs.

Such an awing and respectable news! The architects had the heart and vision 350 years ago. Even though their graves have long been deserted, but the architects’ responsibilities have not yet ended.

Now, what kind of revelation can such a story give us? You can relate to a series of words-sustainable, resource, long-term, environment, but these are too weak. It is possible that only one force will last, and that is called “responsibility”.

Next Attitude Towards the Enemy 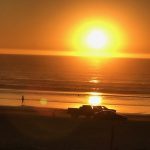