Jack decided to go skiing with Bob, a good friend of his. They put their luggage into Jack’s mini bus and drove straight to the north.

But they were caught in a storm after a few hours of driving. They turned into a farm nearby, where they met a beautiful and attractive woman. They asked her if they could stay for the night because it was too cold outside.

And she answered, “I know how bad the weather is outside now, but I live by myself in this big house. If I let you stay here, I’m afraid that the neighbors will talk about me.”

“Don’t worry!” Jack said, “We are willing to sleep in the barn, and we will leave at dawn when the weather becomes better.”

After getting an agreement from the beautiful lady, they settle into the barn.

The next morning, the storm stopped, they continued on their journey.

They enjoyed a wonderful skiing weekend.

Puzzled for a few minutes, he realized that the letter was from the attorney representing the beautiful lady that they met on that stormy night.

A few days after, Jack met Bob in the ski resort.

Jack asked Bob, “Do you remember that beautiful lady we met at the farm about nine months ago when we went vacation to the north for skiing?”

“Uhh, so do you remember that night, when you told me you wanted to use the bathroom? Did you go to her room and sleep with her instead?”

“Hmm, yes…” Bob felt embarrassed after his secret was out. “Ok, I admit that I went to her room.”

“Did you tell her my name instead of yours?”

Bob’s face turned red, and he said, “ Ahh, bro! It’s been a long time; I’m sorry that I did that, but why on earth do you ask me about this stuff?”

“Because she passed away and she left all her heritage to me,” Jack said.

The original text of this article was in Chinese, the author is unknown.

Previous Do You Know Feng Shui? 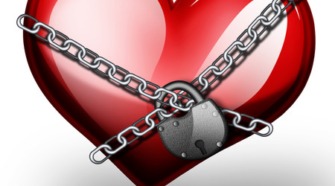