This is a story that my friend told me:

An old couple decided to sell their house to move to Spain to retire after working all of their life in Edinburgh, England. Their house was surrounded by the sea, where the humidity was high, and the couple was susceptible to rheumatism.

The old man fancied a house in Spain but had to make a payment in two weeks, so the Edinburgh housing agency hung up a sign for rush sale.

A young Chinese couple happened to find jobs in the city. They were in a hurry to buy the house for kids to go to school in time. They saw the listing and it seemed to be the house that they were looking for.

The young couple took note of the words “home for rush sale.” They called the agent and asked whether they could get a discount.

The old couple had no choice because they needed to make the payment for the house in Spain. They gave them the discount.
But the young couple still felt that they could get a better deal. A couple of days before closing, they asked for a larger discount, or they would cancel the transaction.

The young couple was overjoyed to get such a good deal.

Friends came to help them to move in. To their surprise, they saw a carpet of green grass, and flowers in bloom. It seemed as if the owners had just left. They were even more shocked when they entered the house.

The house was spotless, with bright windows and clean tables. On the table were some flowers in a vase with a note underneath, which read: ” Welcome to this house that gave us happy and memorable for decades. We wish that you would have the most joyous life here.”

The couple went into the kitchen and opened the refrigerator to see it full of food and drinks. The refrigerator also contained a note, which said: “We have prepared a week of supplies for you. You can go to the supermarket by taking a left and then another left; it is about 20 minutes away.”

The young couple was puzzled. How do you sell a house for enough money like this?

They went to look at the meter box, where they found another note, which read: “We have paid for you at least one month of electricity, so you have enough time to transfer the utilities.” but in the UK, it is troublesome to handle such procedures.

They were in awe and stood there and could not move.

At that moment, they lost the joy of moving into a new house. 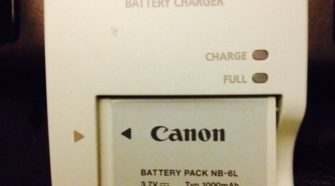