It is said that a fast horse is easy to find, but no one could find a horse as well as Pak Lok (a man of the Spring and Autumn Period who was reputed for being able to spot a ‘Long Distance Running Horse.’)

When Pak Lok was old, the king, Qin Mu Gong, asked Pak Lok to find a long-distance running horse for himself. Pak Lok recommended his apprentice, Jiu Fang Gao, saying that Jiu could identify the rarest horse in the world.

Qin Mu Gong summoned Jiu to look for horses for him. Three months later, Jiu happily came back to tell the king that he had found a rare horse in the world.

The king excitedly asked him: “What kind of horse is it?”

The king sent someone to have a look. It turned out to be a black stallion, so he was furious and called Pak Lok again. The king said to him disappointingly,” Your apprentice can’t even tell the sex of a horse. How can he identify if a horse is good or bad?”

After listening to the king, Pak Lok praised Jiu greatly. He told the king: “This shows how extraordinary he is. Jiu looks at the inner spirit of the horse but ignores the appearance of the horse. He sees the ability of the horse, not the sex of the horse. He focuses on what he needs to see, not what he doesn’t need to see. The way how he looks into the horse is far more significant than the horse itself.”

The fact proves that the horse chosen by Jiu is a rare steed in the world.

Comments:
This story illustrates that when you look at a problem, you must grasp the essence of things and not be fooled by the external image. Those who accomplish big things don’t trip over little trifles.

Previous Where Is God's Perfection? (3)

Next We Are Inconvenienced for Three Hours

Are You in Your Right Time Zone?

Think Outside The Box 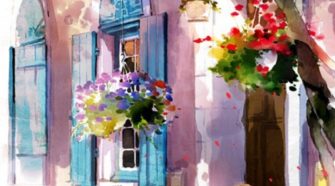