The following Christmas jokes were sent to me by my friend, I hope you enjoy them as much as I do.

The Santa Claus at the mall was very surprised when a young lady about twenty years old walked up and sat on his lap.

Santa doesn’t usually take requests from adults, but she smiled very nicely at him, so he asked her, “What do you want for Christmas?”

“Something for my mother, please.” said the young lady.

“Something for your mother? Well, that’s very thoughtful of you,” smiled Santa. “What do you want me to bring her? ”

Without blinking she replied, “A son-in-law!”

Two young boys were spending the night at their grandparents. At bedtime, the two boys knelt beside their beds to say their prayers when the youngest one began praying at the top of his lungs.

His older brother leaned over and nudged the younger brother and said, “Why are you shouting your prayers? God isn’t deaf.” To which the little brother replied, “No, but Gramma is!”

Just before Christmas, an honest politician, a generous lawyer and Santa Claus were riding in the elevator of a very posh hotel. Just before the doors opened they all noticed a $20 bill lying on the floor.

Which one picked it up?

Santa of course, because the other two don’t exist!

It was Christmas and the judge was in a merry mood as he asked the prisoner, “What are you charged with?”

“That’s no offense”, said the judge. “How early were you doing this shopping?”

“Before the store opened.”

After being away on business for a week before Christmas, Tom thought it would be nice to bring his wife a little gift.

“How about some perfume?” he asked the cosmetics clerk.

She showed him a bottle costing $50.

“That’s a bit much,” said Tom, so she returned with a smaller bottle for $30.

Growing disgusted, the clerk brought out a tiny $15 bottle.

Tom grew agitated, “What I mean,” he said, “is I’d like to see something real cheap.”

So the clerk handed him a mirror.

Next Description of Love 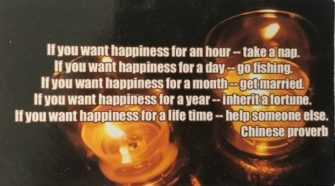