“Favour and disgrace cause one dismay,
What we value and what we fear is as if within the self.”

What does it mean to say that
What we value and what we fear are within the self?
We have fear because we have a self.
When we do not regard that self as the self,
What have we to fear?

I have a hard time with this chapter. Somehow the words here strangely would not enter my brain. I read it and put it down to think about it repeatedly. I did not know why I had to struggle with it. I told myself that I had to finish this every day for three weeks, but the question is how and when.

Unexpectedly, I woke up at 3 am this morning. I forced myself to go back to sleep but failed. After half an hour, I decided to get up, and again I picked up this chapter and tried to read it, and gradually I grasped its meaning.

Yes, favor and disgrace cause one dismay, and moreover, it can cause our fear and anxiety. Is the fear within ourselves? Definitely. Let me explain it with my own experience.

For the last two weeks, I have auditioned for three commercials. Surprisingly, all three put me on avail. ‘Avail’ is shorthand for ‘keep yourself available.’ Practically speaking, they mean that the production is making sure you’re still available for the dates of the shoot. They are also asking to be notified if your availability changes – because you’re at least one of the people considered for the role.

I was overjoyed that I had three in a row within a week, and felt like that I was on top of the world. This had never happened since I became an actor. “Good job,” I kept telling my self, and I had my head up with a big smile face for several days. I felt great not just mentally, but I also felt light physically. It was a happy week as I went through it thinking I got not just one, not just two, but three big avails. But as days passed, I started to get nervous and kept checking the calendar.

I wondered why nobody called me for a wardrobe fitting, as there is always wardrobe fitting right before the shooting. When the days began to pass by, I knew then I did not book the commercials – not just one, not just two, but three. Ouch! It hurts, like the feeling of falling off a cliff.

Well, I put my head down and faced the harsh reality that I had been so close, but I did not get them. Sad, unhappy feelings encircled my mind and my body. The directors probably never imagined what a terrible ride that they give to the hopeful and wishful actors that had the same experiences as me. It is not a fun ride, and I would not like to be in their director’s position, that is for sure.

But as I was sitting here writing early in the morning, I got my smile back before the sun rose. It is not a total loss after all; you see, I realized somehow that this experience helped me to understand this chapter and write about it. What a blessing in disguise, don’t you agree? Moreover, it stopped my three-week struggle to understand this section; it turned my disappointment of not booking into a miracle.

The reason that I was overjoyed and then distressed was because of “self.” The more I focus on it, the more “fear” comes to me, and it starts to affect me. Only when I understand that there are two sides of the coin and that they coexist in our life is when I can be rid of the “self ” to become selfless. Thus, I gain freedom because it no longer controls me.

Applying Tao to My Life 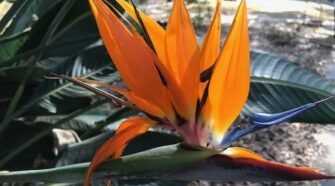