My friends think I’m crazy for being involved with dancing, marketing, writing and acting – especially acting. Why would a person who majored in science decide to pursue acting? Sometimes I ask myself this question, too.

Here’s how my love affair with acting began: One day, my daughter was going to deliver her headshots to an acting agent. My daughter’s husband’s friend had just referred her to this agent, and seeing as though I was curious about the whole acting industry, I asked if I could tag along. My daughter, then in her 20’s, giggled and reassured me that she was old enough to go by herself, but as she saw the genuine curiosity in my eyes, she sighed and agreed to bring me along.

When we arrived at her office, the agent placed my daughter’s headshots in her hand and then turned to me: “I would like to be your agent,” she said straight-faced. At first, I let out a little chuckle, thinking that she was joking. But then, as I read the expression on her face, I could tell she was being 100% serious. I told her I had no acting experience and that instead, my background was in science. Still, she encouraged me to give acting a try. It seemed like there was a little voice in me telling me to grab this opportunity, to take the risk. Why not? I had nothing to lose anyway.

Within a few weeks, I had my acting headshots taken and enrolled in several acting classes. Pretty soon, I had become a full-fledged actor. I remember one of my best friends came to visit from Texas and told me that she and her husband spotted me in a commercial before she knew I had started acting. She said  one evening, as the two of them were watching TV, a commercial came on. “Wait a minute, is that Alice?!” she exclaimed to her husband. The two of them kept rewinding the commercial to see if it really was me: and it was. She was especially excited to get to accompany me to an audition during her time visiting me in LA. For someone who knew me first and foremost as a science geek, to witness me in all of my acting glory was a special treat! And they weren’t the only friends or family members who spotted me in the commercial. Everyone who saw me couldn’t believe it – how did a bookworm like Alice Lin get into acting? Because of a willingness to take action and take advantage of opportunities, I turned my life around. I did a complete 180 from the field of science to marketing to dancing to acting. It has made my days more colorful and made me open to seeing the constant flow of miracles coming into my life.

I can’t think of another profession that would allow me to step into other people’s shoes the way acting has: I’ve studied and played the roles of a homeless person, a judge, a minister, a maid, a nurse, even a golfer. All of these experiences have caused my heart to swell with compassion for the role every human plays in their own life.

Because of my personal experiences, I have also gained a profound respect for actors. It is not as easy to act as it may seem. I remember one particular audition I went to for the part of a woman’s mother (the daughter was played by actress Lucy Liu). Through the help of my acting coach, I was able to put myself in the mental state of Lucy’s character’s mother. The role of the mother was mentally strenuous; I had to act as though I had been informed that my daughter had died and my other daughter had thought I was going crazy after receiving a phone call from the supposedly dead Lucy. From 12 am to 12 pm on the day of the audition, I didn’t come out of that mental state. It took me about another 12 hours to get out of it. And this was just for an audition – I can’t begin to imagine how intense it would be to take on such a role for a major motion picture that would be filmed over the course of a year!

The first film I did was about Asian prostitutes and I landed the role of “Mama San,” a woman who controlled teenaged prostitutes. The director took me to several massage parlors so I could be exposed to the environment that I would find myself in while shooting this film.  Unfortunately, we weren’t allowed to enter any of the massage parlors because they suspected we were undercover policemen. Even still, I had to reach deep within my soul to imagine what such a lifestyle would actually be like. When the film was screened, the audience was shocked that an MIT researcher would be able to act as Mama San to these teenage prostitutes.

As I was in the movie theater watching this film and saw my name on the casting credits, I was so moved that I told myself: “You’ve come a long way, but you’ve done it.” I believe we can all do what comes our way; our biggest challenge is recognizing opportunity when it comes knocking, and then granting it permission to enter our lives. Only then will we start recognizing the omnipresence of miracles in our lives.

Next Miracles through Serving

3 years ago
2 months ago 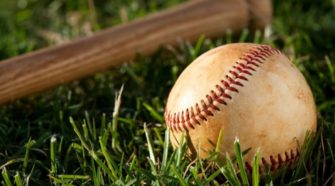