When Mr. Tao Xingzhi held the position of the school principal, he saw a boy throwing a brick at another boy. Not only was this bullying behavior, but it was also very dangerous. Principal Tao stopped the boy and told him to come to the Principal’s office at three o’clock that afternoon.

By three o’clock, the boy was waiting by the door of the Principal’s office. He felt a mix of complex emotions: anger, guilt, fear of being scolded, shame, and worry about his parents’ reactions.

However, Principal Tao wanted to take a different approach to teach the boy how to do better. He went to a small shop to buy a package of candies as part of his plan.

When Principal Tao returned, he smiled at the boy and took out the candy. He said to him: “This candy is for you because you are very trustworthy and arrived early.” The boy was completely stunned at being given candy.

Then the Principal took out another candy and said, “This one is also for you. In exchange for this candy, You showed me respect by ceasing to do something when I tell you to stop.” The boy was even more surprised, but he agreed.

Principal Tao continued: “For all I know, you threw a brick at your classmate because he was bullying a girl. This would demonstrate that you are kind and have a sense of justice. So I will reward you with another candy.”

The boy was deeply moved by the fact that Principal Tao respected and trusted him. It encouraged him to think more objectively about the situation, so he said: “Principal, I was wrong. No matter how badly my classmates behave, I can’t throw bricks at them.”

Principal Tao smiled with satisfaction and took out another candy: “It’s rare for someone to admit to their mistakes, so I have to reward you with another candy. I am now out of candy, so our conversation is over.”

Mr. Tao Xingzhi is good at discovering how to motivate children by appealing to their better qualities. For example, he used candies to banish a child’s negative emotions so that he could think more clearly about what he had done wrong.

These four ordinary candies were used by Tao Xingzhi to encourage virtue:

The first candy: trust and support.
The second candy: respect and understanding.
The third candy: appreciation and encouragement.
The fourth candy: tolerance and consideration.
Reference:http://www.bestgushi.com/l/z/25667.html 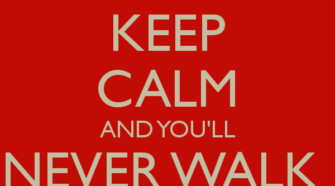