One day I received a text message from my acting agent informing me that there was an audition in Santa Monica for someone who knew Tai Chi. Being Chinese, Tai chi was a part of my ancestry; I felt its calming powers flow through my veins. The only problem was that I had never actually learned how to do it. So, naturally I did what anyone else in my position would have done: I consulted the oracle (YouTube).   Full of confidence the next morning after having spent hours studying Tai chi videos, I thought I would ace the audition. But when I went in, I was shocked to see at least eight other decision-makers in the room – from casting directors to product representatives and more.

When the cameraperson asked me if I knew Tai chi, I knew I couldn’t say I didn’t know. My acting coach taught me that once I showed up to an audition, I couldn’t reveal any problems with anything they asked me to do. But deep inside, I knew that I was in trouble. Despite the fact that none of them were Asian, I suspected that at least one or two of them were skilled Tai chi practitioners.

During the audition, I tried to recreate what I had seen on YouTube but feelings of remorse for being dishonest about my skill level dominated my performance. They thanked me for my appearance, but I still left in embarrassment. I decided that night that I needed to learn Tai chi. I went to the park the next morning, where I knew I would find at least one group of people practicing. Ready to learn, I joined the first group I saw and began to imitate their movements. Luckily, a master teacher who would visit from time to time frequented the group I picked. We all benefited greatly from her teachings. Because of my strong desire to learn, I went there every day, seven days a week. I would never be ashamed of myself again for misrepresenting the truth. The only way I could fix things this time was to truly learn Tai chi. Over the last two years, not only have I practiced diligently, I’ve also learned many different styles.

What I learned through this experience is that life can be full of unpleasant circumstances. Yet, we have the ability to transform these small, otherwise insignificant moments of discomfort into large and lasting opportunities of personal growth. If I hadn’t been open to receiving the motivation that transpired from my own shame I probably would have never learned the many different styles of Tai chi. Now, it is one of my favorite activities. It has not only helped to improve my overall health, but it has also helped me learn how to relax and calm myself down. The benefits of mastering Tai chi are simply too numerous to count. I enjoy acting so much, and it has provided me with a plethora of opportunities to step outside of my comfort zone and learn new things. Without acting, I never would have had such a desire to master Tai chi. But, acting has just been one of many catalysts for growth and exploration in my life. Our environment constantly calls for us to learn new things all the time – we are simply tasked with recognizing these opportunities and welcoming them with open minds and hearts. Once we are able to do this, then we will be blessed with a broadened perspective and endless miracles in our lives.

The form was the result of an effort by the Chinese Sports Committee, which, in 1956, brought together by four Tai Chi teachers – to create a simplified form of Tai Chi as an exercise for the masses. The creators truncated the traditional family style Tai Chi forms to 24 postures; taking about six minutes to perform and to give the beginner an introduction to the essential elements of Tai Chi Chuan, yet retain the traditional flavor of traditional longer hand forms (in general, 88-108 postures). https://en.wikipedia.org/wiki/24-form_tai_chi_chuan

Previous Conditioning for Miracles-Dancing with Miracles

Next Conditioning for Miracles – Acting with Miracles(2) 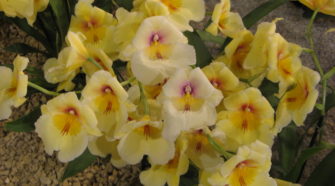