There are two characters in Chinese that, when combined with one another represent the English word, “risk.” In English, these two characters most closely translate to “danger” and “opportunity.” I find this interesting because I’ve come to believe people in general tend to associate one, not both, of these words to their interpretation of risk. There are some who, when standing face to face with risk, choose to accept defeat due to an overwhelming feeling of danger. There are others who instead emerge victorious against risk because they instead associate it with an empowering sense of opportunity. While I don’t endorse all risk-taking behavior, I think I’ve been blessed with some of the greatest miracles in my life by stepping outside of my comfort zone and taking-on personal challenge. 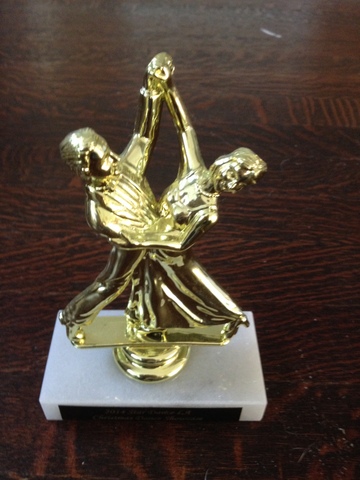 Whenever I am met with difficult or awkward life circumstance I’ve come to accept them as personal challenges, with the potential to provide me with miraculous opportunities to better myself.  For example, several years ago, one of my colleagues invited me to a party at a local dance studio. I made it clear to her that I did not dance, but she kept reassuring me that I had nothing to worry about. I could just sit there and watch. I didn’t know better – once you are in that dance studio, people will inevitably ask you to dance. They were all very polite, but still very insistent that I join them on the dance floor for them to teach me. I had no choice but to try to learn. It felt awkward in the beginning, but I gradually picked up some dance moves.

The next day, I stopped by the dance studio to see my friend. I happened to see one of the gentlemen who danced with me the night before; I was about to greet him and thank him for his courteous dance lessons and patience but, to my surprise, he turned the other way and pretended not to know me. I felt embarrassed, and at that moment, I told myself “I’m going to learn how to dance. I’m going to dance even better than him.”

I never liked the idea of looking down on other people and knew I would never want to be looked down upon either. So, I started to attend dance classes. After two or three months, I was invited to perform. In the beginning, I would have been too shy to even consider it. But as I gradually picked up dancing skills, I grew more confident and decided to take on the challenge. 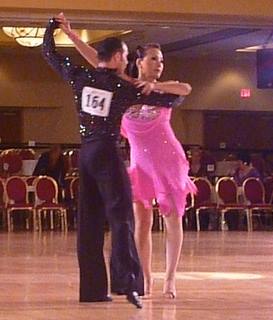 At the time, my work had also been stressing me out. My boss began treating me unfairly – withholding portions of my pay and increasing workload demands. Tensions rose so high that my health began to suffer immensely.  Eventually I had no choice but to quit my job. I needed to give myself some personal space and time to gain back my health and feel alive again.

My friend suggested I see a psychiatrist to help relieve some of my anxiety. Instead, I decided just to dance my worries away. I elected to learn how to samba, which is one of the more demanding Latin dances. At the end of every session, I felt like all of my anxieties and worries were wiped away with my sweat. I ended up performing and started to take on another challenge: to perform Paso Doble. I even went to dancing classes at Cal Tech, which I thoroughly enjoyed. Never would I have expected so much to come out of dancing.

In the end, I have that gentleman to thank for giving me the motivation to pick up dancing. You see, I accepted his behavior as a personal challenge and with it, an opportunity to acquire a new skill. Did I risk failure? Yes. Would there have been personal danger in that? Yes, in the sense that I would have suffered greater personal embarrassment or loss of self-worth. But none of that mattered because what I had to gain through turning this risk of loss into an opportunity to gain was so much greater. 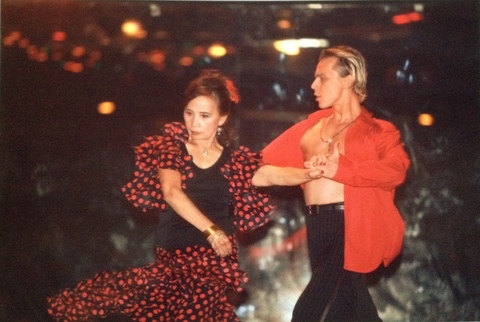 Not only has dancing become one of my favorite hobbies, but it has also helped me with both of my careers. Being able to dance helped me land a role in two separate commercials, and it has also provided me with a deeper understanding of personal health and activity as it pertains to the home health industry. Furthermore, it even lessened my anxiety and gave me the confidence to present myself proudly in public through performance. Dancing also frees me from the stresses of writing a book and has instead provides me with inspiration for my writing. Ultimately, my dancing has helped create a more confident me, one that stands tall and proud with her head held high.

My wish for you is that you learn to see opportunity, not fear of danger, in every challenge or risk that finds you. In order to begin doing this on a regular basis, you must condition your mind to think positively by identifying as many wonderful opportunities that surround you at any given moment. Once you are able to do this, my friend, you will begin to attract miracles.

Next Conditioning for Miracles – Acting with Miracles(1)

Zero Limits and I -Peace(Part 2) 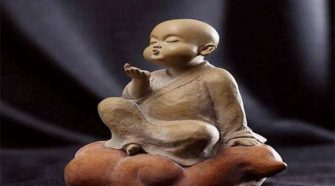