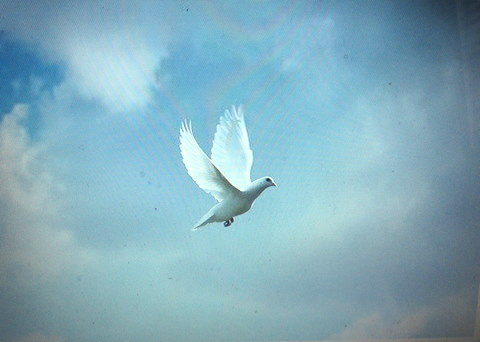 I met my friend Shaoting when I first began my career in marketing. She was the manager of a doctor’s office I went to in order to solicit home health services for a company I was working with. The more we saw of each other, the more we discovered we had in common. Soon we found ourselves in a friendship that felt as though it had been there since childhood.

Like friends often do, Shaoting and I shared with each other our wishes and dreams in life. From the moment I told her about my desire to one day write a book that would uplift people and encourage them to seek spiritual enlightenment, she proved to be one of my biggest supporters.

I remember the day so vividly. It was July 31, 2009 and we met at a restaurant to have dinner together. As I shared more of my life’s stories with her, she again suggested it would be good for me to start a blog so I’d have a place where I could write down all of my thoughts and memories. She reassured me that I didn’t have to share the posts publically until I was ready.

Shaoting had set up a blog for herself two and half years earlier. She enjoyed sharing bits of her life in Irvine with people outside of the US and thought I may enjoy taking a similar approach if and when I was ready to publish my blog entries. She had mentioned her idea several times, but until that day I never really took her idea seriously.

We had spent nearly three hours together that night before she hopped in her car to make the 45-minute drive home. When she got home, I received a call from her at about 12:00am saying that she was going to set up my blog for me. Shaoting was a very busy woman who barely had enough time to post her own blogs, so I was very touched to learn that my stories moved her so much that she took matters into her own hands and with such urgency to set up the blog for me that very night.

As we talked on the phone so late in the evening and into the wee hours of the morning, I knew that God was working through her to get me to start sharing my stories with the world. That whole day and night I felt His presence, and I knew that, although she had always been a wonderful friend on her own, her actions that night were really guided by Him.

When I first started the blog in July 2009, my intent was just to write and store articles in English to refer to later on down the road when I was ready to begin writing my book. Since you’re reading my publish postings now, it is probably clear to you that I somehow managed to abandon my original intent with the blog of using it just as storage. The story of why I decided to publish my posts begins with an explanation of my Chinese blog’s name, Zero Limits….

I was first introduced to the book, Zero Limits, by Dr. Lan, in a May, 2009 Book Club meeting – just a few short months before I started my blog. The book reveals the simple, yet life-transforming power of four phrases: I love you, thank you, I am sorry and please forgive me. It’s all based in on the power of love, written by an author attempting to spread love. I was fascinated by the ideas behind the story, so I immediately located a bookstore that had the book in stock. 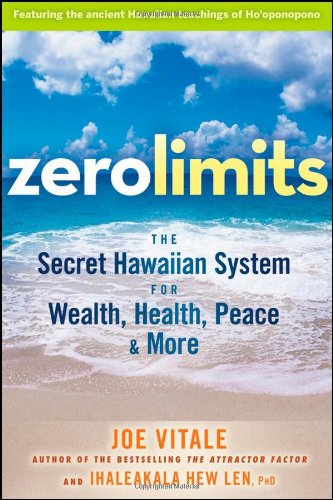 The most intriguing phenomena occurred on my way to pick up a copy of the book. I was driving on Highway 60 heading towards East Los Angeles towards the bookstore. About ten minutes into my journey on the Freeway, I noticed that there were at least a dozen or more pure white doves flying next to me on the right side of my car. They kept following my car, flying so low that I worried they would get hit by another car, so I yelled out “fly higher!” By some miracle, it seemed that they could understand me and the urgency of my message, so they immediately flew higher and out of my sight. I never saw so many doves before.

I saw a white dove once; it walked back and forth outside of the window of my husband’s hospital bed a couple days before his passing. White doves represent the Holy Spirit in the Bible, so as the doves flew next to my car on the freeway that day, I knew in my heart that the book I was on my way to get, Zero Limits, was destined by the powers above to be something very special. Sure enough, the name Zero Limits, and the message of love that it conveys, popped up in my mind when Shaoting asked me what I wanted to call my Chinese blog.

After seeing a video about Dr. Lan’s book, Zero Limits in September, 2009, I was motivated to translate it into Chinese. Although I am from Taiwan, I pursued my Graduate degree in the United States where I have lived ever since. Over time, I gained far more experience writing in English than Chinese. In fact, at the time I decided to translate Dr. Lan’s article I did not even know how to type in Chinese. However, with a little hard work and determination I soon taught myself how.

The motivation that moved me to translate the article was unlike the typical kind that usually pushes me to accomplish something. Instead, it was as though this motivation was breathed into me by a higher power. It was as though I stood outside myself, watching as I worked through the translation. There was a divine purpose behind the translation, however I wasn’t sure what that was quite yet.

Once I finished the translation, I heard a voice that told me to publish it rather than store it on my blog. I did not want to publish anything, so I ignored the voice and subsequently suffered through three consecutive sleepless nights. On the fourth night I gave into the voice’s suggestions and published my very first article on September 18, 2009. After that day I could miraculously fall asleep with ease once again. He wouldn’t let me rest until I completed His work.

Previous Anyone May Encounter the Rain Without an Umbrella 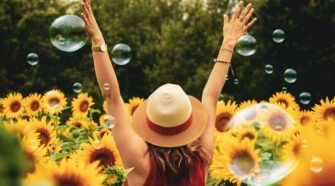