If you would like to have background music (by Yanni) while you are reading, please click on the arrow below.

The article below was originally written in Chinese by an unknown author. I enjoyed reading it so much that I decided to translate it into English to share here with you. I hope you enjoy it.

The protagonist of the story is Mr. Hu Xue Yan. He was one of the most famous and successful merchants in China from 1870s -1880s. He had been recognized as one of China’s most successful entrepreneurs in history. He was even awarded an official title of “Red Hat Businessman” by the government of the Qing Dynasty.

Mr. Hu’s former residence is now a tourist attraction in Hangzhou, China. It was opened to the public in 2001 after undergoing extensive restoration. I included three photos of his famous garden at the end of this article.

Early one spring morning, Mr. Hu Xue Yan held a meeting in his living room with the managers of his company branches to discuss their individual financial losses and gains. Some managers were able to turn a decent profit that year, while others were not as successful. Mr. Hu lectured those who made only a little profit and asked that they analyze the market before moving forward with any substantial business decisions.

Mr. Chen, a businessman, stood outside Mr. Hu’s place, anxiously awaiting his opportunity to speak to Mr. Hu about his own personal business predicament. Mr. Chen’s business was failing due to insufficient cash flow and his company’s survival was now placed in jeopardy. He proposed a business deal to Mr. Hu by offering to transfer all of his properties to him at price significantly below market. Then, he would use Mr. Hu’s money to save his company.

The next day, Mr. Hu called in Mr. Chen and paid him the full market value for his properties. Confused and puzzled by Mr. Hu’s act, Mr. Chen questioned rationale for not taking advantage of the situation and making a windfall profit for himself. Instead, he insisted on giving him a fair market value.

Patting on his shoulder, Mr. Hu assured Mr. Chen that he just temporary guarded his assets for him. He could come back at any time to redeem them with a minimal interest on top of the original price that Mr. Hu paid. He was so moved and left with tears after signing the contract.

Mr. Hu’s subordinates could not understand why their boss did what he did. Mr. Hu had just given them the lecture on how to make money for the company, in which he told them to jump at every opportunity they got to make money. Yet, when it came to the deal with Mr. Chen, he did not practice what he preached and instead ignored the opportunity to make an enormous return. He could have easily paid a lot less to Mr. Chen given his stressed situation, but he instead paid a higher market price.

Mr. Hu smiled and told them a story. He told them that he often ran errands for his boss when he was young. One day, he found a stranger getting wet and rained on because he did not remember to bring an umbrella with him that day. So, Mr. Hu decided to share his umbrella with the man. He soon started sharing the umbrella with many strangers, earning him a reputation in the area for his kindness. Not only did people appreciate his good deeds, but there was always someone there to return the favor on days when Mr. Hu forgot his own umbrella. 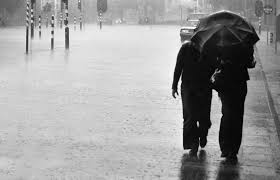 Mr. Hu continued, “If you are willing to share your umbrella, then others will be willing to do the same for you. The assets of merchants may take generations to accumulate, as was the case of my wealth. It did not come from me alone, but from my parents and their parents before them. I may have been able to make tons of money from this deal, but Mr. Chen may not have been able to overcome his hurdle. It is not just business dealing; it becomes an issue of saving family. By doing it this way, I not only make a friend, but also I can face my conscience. Anyone may encounter the rain without an umbrella in one’s lifetime, so and let us help others to not to get wet if we can.”

After listening to Mr. Hu’s story, his employees quieted down. Later, Mr. Chen bought back his properties, and he also became Mr. Hu’s loyal business partner. Many people admired and respected Mr. Hu’s kind deeds. He became very successful in his line of business because there was always someone who showed up to help him, and his good deeds attracted a lot of customers who showed up to support him as well by giving him their business.

Article Comments:
Traditional Chinese culture is about cultivating kindness and promoting morality. Ancient Chinese people believed that it was a treasure to be free of greed. This motto was shared not only among scholars, who stood at the top of the ranks of the working class, but also among the common merchants. In fact, there is common Chinese proverb; ”A man of virtue acquires wealth by honest and moral means.” Indeed, Mr. Hu had set a wonderful example for us – no wonder he was blessed with fortune.

The garden at the Former Residence of Hu Xue Yan, Hangzhou Previous I Am What I Am Now 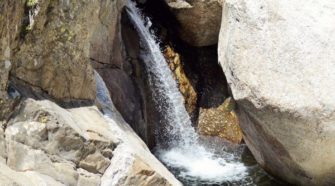