After I finished writing My Story (10)- Fire Brings out Spiritual Being, I sat in front of the computer in awe. It should have been fairly easy to write this section of my life journey, as it simply involved the loss of the property and money. When I first set out to write about this part of my life, I thought I could finish it within two short articles. Never did I foresee that I would have so much to say about this part of my life that I would end up needing to write five separate posts about it. Thoughts that transpired from these writings eventually gave birth to a new, captivating chapter entitled, “love” as well. Yet, it wasn’t the volume of the work produced that caused me to reflect; it was the awakening that took place through the process of writing these words that provided a profound new perspective on my own story.

As I sat down to write the story of the hotel fire, my thoughts started to behave like that fateful fire that continues to burn so vividly in my memory. My computer screen was soon engulfed in words that I barely recall thinking or writing. My thoughts, like the fire, ran wildly and endlessly around in my head like a captive horse that had just broken free from its chains. While the momentum was invigorating, my thoughts, much like the fire and the horse, were left free to explore unfamiliar territory and I needed to slow down and take a moment to catch my breath. I needed to dedicate some time to understanding this new awareness, as it was never included in my story’s original plot. 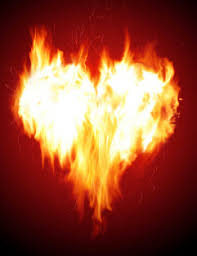 Recalling what it was like to actually sit in front of the computer and write these past blog posts is hard to put into words. The thoughts and ideas were from me, yet, they were not of me. I indeed wrote these articles, yet at the same time it did not feel like I was the one who wrote these articles. Looking back now on that writing process, I know that I was experiencing an awakening, provided to me by a higher power. As the story expanded, so did my heart. Somehow, as the words poured out of me, love and forgiveness poured into me, allowing me to finally forgive those people who planned and succeeded to take my motel away so many years ago.

While I had read those words before, I now understood their true meaning. Their familiarity was felt so deeply, it was as though they began to flow through my veins. It reminded me of a poem I had written long before I had read Newton’s quote. My poem was this:

It had been more than a decade.
It seemed long and yet it was short.
It was a promise and entrustment came upon me.
A book, write a book.
As I heard the Voice…
I struggled…
I refused even though I sensed it was from divinity…

For I knew, it was an impossible task;
it was a task beyond my ability.
I did not major in literature.
I majored in Horticulture.
Then I changed to biochemistry.
And changed to Genetics.
It seemed I had been involved in a lot of things,
Except writing…

But He was patient…
Waited, waited…
Until the end of last year…
It was 12 years from when I was moved.
I dared to tell my readers…
I am writing a book.
What an act of courage, I knew it was from a higher being.

I did not know what I stepped into…
It was the world of the unknown…
I did not know the title of the book…
Neither did I know what the content to be…
I was not afraid…
For I know, it is His Book…
He bears all the responsibilities…

I started to write when I was motivated.
I boldly reduced time from my job.
But spend it on writing.
I listened to His voice through my encountering.
It took a lot out of me.
I knew it was the book to perfect His will.
I try to do it my best.

A lot of sweat and tears along the way.
Still I am going deeper and deeper…
The book is to reach the hearts of people.
It will heal countless soul.
I may walk on the water.
But He holds me up.
He is by my side.

He whispered, “moving forward bravely.”
“Yes, I will…
I heard you…” I replied.

It seemed complicated and yet simple. In fact, my life’s path perfectly illustrates this message. You see, one day, a door was closed, putting an end to my career as a researcher. Where one door closes, another will open, or as in my case, many more doors will open. First, a marketing opportunity presented itself to me; then life sent me an invitation to begin acting; then I somehow found myself in a dance studio. Not only did I pursue these opportunities, accept these invitations and dance my heart out, I did these things with pride and purpose. My life changed drastically beyond my imagination. Then, the most shocking change of all entered my life: I began to write articles.

Knowing that I was moved by a higher power and I would write a book someday, my friend, Shaoting, was moved to set up the Chinese language blog to push me to start to take an action. I named it Zero limits (i.e. all things are possible). The naming of this blog seemed to foreshadow all that would come next: I would make the impossible, possible. I would write. For some reason He chose to use my weakest skill, writing, (of which I was never trained to do) as a means for Him to reach millions of people.

Then my son Jershi set up an English blog for me, and he named it “Love Neverending,” for he knew his mother wanted to spread the message of “LOVE” in the world. Once I announced my intentions of writing a book, the number of subscriptions to my blog went from 300 to 5,300 within a single year – an unbelievable 5,000 subscribers gained within one single year! It was a miracle for someone of my writing proficiency to receive such widespread reception.

Indeed, by the grace of God, I am what I am now. I walk on the path of belief and the path of faith. Through having me write this book, He helps me to fulfill my purpose in life, therefore making my life complete. Because of the value he has added to my life, I no longer just simply exist; I exist to make a difference in the world.

Previous Love (1)-True Self or False Self (Part 2)

Next Anyone May Encounter the Rain Without an Umbrella 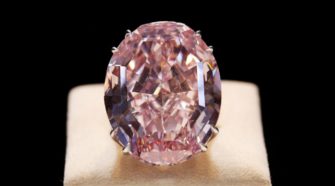