I would like to wrap up the subject of “getting away from habitual thought” by sharing one more story with you. I think people can relate to a story better than to theory.

The chairman of a large company was preparing to retire, so he started looking for a successor who could bring fresh thinking to the company. After reviewing many candidates, he came up with two finalists, Fred and Gilbert. He decided to put them to one last, rather unconventional, test – a horse race, since both were accomplished riders.

He took them to his ranch and brought out two horses, a chestnut for Fred and a palomino for Gilbert. He said the winner – his successor – would be whichever of them returned last after riding around the fence enclosing the entire ranch.

Fred and Gilbert were both amazed at this, never having heard of such an unusual way to win a race. Seeing their puzzlement, the chairman explained that the contest would be to show whose horse could be ridden more slowly.

At the starting gun, the two men stood there, uncertain of what to do. Suddenly, Fred jumped on Gilbert’s palomino and started out, leaving his chestnut behind. Gilbert wondered why Fred was riding his horse, but by the time he figured out what had happened, it was too late, because Fred and the palomino had reached the finish line. Gilbert had lost.

The chairman congratulated Fred and said he’d won the job. He explained to Fred that his innovative thinking – making his own horse the slower one by leaving him behind – had shown he was best qualified.

We’re used to thinking that the winner of a horse race is the fastest one. We might, therefore, think the chairman’s idea was a little crazy because it did not fit into our habitual way of thinking. People generally judge things in light of past experience. Anything that is out of their comfort zone is thus felt to be strange. Nevertheless, people often realize they fail to solve the problems facing them because they are stuck in habitual thought – conventional thinking. Fred escaped from this thought straitjacket and found a solution, so he got the chairmanship. It is clear that we are usually limited by habitual thought, which can control us unconsciously. We need to be alert so we do not become a slave to it but regain mastery of the path we need to take.

The ancient Greek philosopher Heraclitus said, “No man ever steps in the same river twice.” Because it keeps flowing, the water we step in each time is no longer the same. Heraclitus also said that there is nothing permanent except change. So we cannot remain stuck in habitual thought. We must keep changing, renewing ourselves amid change, so we can succeed in life. The most important thing is that change allows us to grow. Note: This is a modification of my article- Are You Led by Your Habitual Thought?
http://loveneverending.com/?p=1251 which I posted earlier in this blog and will
include in my book.

Previous Getting Away From Habitual Thought – Alice Lin (2)

Next A Page before “ My Life Story” 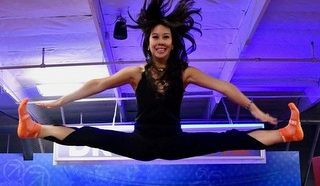