My son suggested that I include my life story in this book. He thought it would help
readers better understand the messages I want to convey. His suggestion made
sense to me, so I started to work on it after I wrapped up the chapter on “getting
away from the habitual box.” However, after writing the first page of my story, I
seemed to run out of steam and couldn’t find the energy to continue. I knew what to
write – it’s my own life story after all. Believe me, I had a lot of stories to recount, yet
I had no drive to put pen to paper. It was a long weekend, and I had plenty of time to
work on it. But I ended up dancing instead, because I had a mental block and I
simply couldn’t do it. I figured I might at least get fit in preparing for the hoped-for
visit from my writing muse.

Sure enough, dancing seemed to help to clear my mind. I began to realize what was
keeping me from writing. I needed to know the reason I should include my life story
in the book. For what purpose? The reason my son gave me was not motivating
enough. I also realized it would be hard to bring the past back to mind. I worried
that I might not be able to endure it. It would be unbearable to relive the things that
had caused me so much torment. I knew that I would sob and cry as I wrote, and
even long after I finished. No one could imagine the pain I had gone through without
experiencing it. How I wanted to avoid subjecting myself to this torment, but I knew
I could not keep my past out of the book. I could not run away from it. No wonder I
was having a mental block.

I kept searching and meditating in an effort to overcome this obstacle and resolve
my fears. Then, I suddenly remembered a conversation I’d had several days earlier
with my close friend Emily. I knew her through my business. She is one of the
physicians that I had solicited for home health marketing. I see her quite often, and
slowly we became very close friends. She is a good listener and is always there for
me.

Emily had a serious fall when she was in the mountains a few years ago. And it was
while she was in a cast with a broken leg that her husband served her with divorce
papers. I was so thankful that I could be there to support her at that difficult time.
Fortunately, with God on her side, she overcame this grief. Then, a couple of years
later, she came down with a gallbladder infection. Her situation quickly turned
worse, and her doctor was twice on the verge of giving up on her. He probably did
not realize that God was making him wait for a miracle. Then Emily dreamed that Christ was standing under a tree praying for her, and miraculously, against all odds,  she quickly recovered. She was discharged from the hospital on Easter Sunday.

For me, the biggest miracle was what she told me while she was still in the intensive
care unit. She was in and out of the gate of death. I went to visit her as just she woke
up. She told me that she had prayed for my book. I was shocked and touched that
she cared so much about me, and about my dream. She wanted so much to see my
dream realized that she put it in her heart and prayed for me even when she was in
such a terrible state. Her love gave me faith and inspiration, and I saw the light of
hope for publishing my book that I had not thought possible till then. I did not grasp her meaning about healing then. But a couple of days after I had gone
dancing, I was somehow reminded of Edwarda O’Bara, a 16-year-old high school
student who fell ill and slipped into a diabetic coma in 1970. She spent 42 years in a
coma and died in 2012 at age 59. She is believed to be the world’s longest-surviving
coma patient.

While it seemed that she lay in bed helplessly, she nonetheless moved the renowned
self-help author Wayne Dyer to pen a book, “A Promise Is A Promise,” about her
mother’s unconditional love. Thousands of people from around the world – from
Japan to Australia, from Italy to Canada – flocked to her house. They not only
admired her mother’s love for her, but also believed that Edwarda had miraculous
healing powers. Some of those who were experiencing pain and suffering reported
that Edwarda appeared to them, taking away their pain and leaving them with a
sense of spiritual comfort and peace. Maybe this was the purpose of Edwarda’s life
on earth – to bring healing to those who needed it.

Finally, I saw the light. I had my answer. Writing my life story has a purpose – to
heal myself and others who can gain from it. With this understanding, I felt lifted,
and the blockage dissolved. I regained the strength to write.

Previous Getting Away From Habitual Thought – Growth through Change

Next My Life Story (1)- A Rose That Cannot Be Crushed 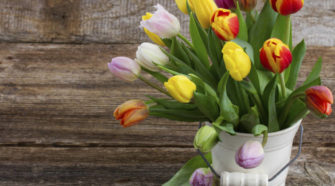