We are often constrained by habitual thought. I certainly was when I started working as a community liaison. The job required me to “cold call” on physicians, visiting their offices to solicit the opportunity for my company to provide in-home nursing services for homebound patients. Every day I would follow the schedule I had planned the night before. In theory, the more doctors I visited, the more success I would enjoy. I would list several doctors in my planner every evening. My goal was to meet them all. Unfortunately, sometimes I did not get the opportunity to actually talk to any of the doctors whose offices I was calling on.

After enough incidents where I struck out, I knew I needed a different strategy in order to succeed in my marketing efforts. I decided I would no longer follow my traditional approach to soliciting business. I wanted to get out of my routine and follow my instincts. So I would meditate before I headed out every morning. I would then follow whatever thought came to me. The following are examples of what happened then.

One morning, I got up quite early. The only thought I had was to visit a doctor’s office in Diamond Bar, so off I went. Since I did not know the area well, I gave myself plenty of time to find my way around. But after searching 30 minutes for the office, I grew frustrated. I was about to give up, but I gave it one last shot.

Fortunately, I finally found the place I was looking for. The moment I walked in, the doctor happened to come out. He asked if I was from a home health agency. I answered with a quick “yes,” and he said, “OK, here is a patient your agency can take care of.” He then gave me a piece of paper with the patient’s information. I was surprised and excited to acquire a new patient so effortlessly.

My daughter was amazed that I got a patient on my first visit to that office. She said, “Mom, you must have God on your side to be given a patient just like that.” Little did she know that there were more to come.

When I first began this work I had no idea what to do. Having been a biology major in college, I was working as a scientific researcher, a job that rarely required me to talk to anyone. It seemed impossible to switch from such a job to a community liaison position that requires a lot of talking and communication with others. Yet at the time, since there was nothing open for me in my own field and I was eager to , I had no choice but to embark on this new career path.

A couple of months later, while I was driving near one of the busier areas of Los Angeles, I somehow felt the urge to stop at a particular doctor’s office. I was not familiar with the area, and this made me feel a bit uneasy. I went inside and gave the receptionist my business card and waited to see a doctor. A gentleman came out after five minutes and motioned for me to follow him as he went out the office door. I thought he might be getting a snack next door, so I went right behind him. But he did not stop and just went straight to his car. I told myself, “Well, he looks like a doctor. He dresses like a doctor. He came out of the office. He must be a doctor.” Honestly, I did not know what to do except follow him.

I was still telling myself that it was all right to go with the gentleman in his car and started to make conversation by introducing my company and myself. As I was talking, he stopped in front of a hospital. We proceeded to the physicians’ lounge where he ate some food that the hospital had prepared for doctors on the go. Eventually, we wound up in a patient’s room where he did an examination and spoke with the patient in Spanish. Finally, he turned to me and told me to greet the patient. I was not sure whether the patient understood English, so I just wished him a speedy recovery.

On the way out, the doctor asked if I had been bored following him on his rounds. I told him it had been an eye-opening experience and that I appreciated it immensely. He made a final stop at the nurses’ station and wrote on a patient’s chart. He then turned to me and gave me a piece of paper with information about the patient and told me that this case was for me. I was in awe!

Wow, I had gotten a patient without begging! When the doctor took me to the hospital, he had already planned to give me a case. It seemed strange, but I knew my instinct had helped me get results.

It is quite difficult to solicit business from doctors. Many of them have been working with home health agencies for years, and they are not necessarily open to meeting new marketers. When I first started the job, there were times when I would sit in an office, waiting to see the doctor, for a couple of hours. The longest time I waited was four hours – from the time the doctor’s first patient went in until the last one came out.

One day I distinctly remember a receptionist telling me to wait after I gave her my business card. So I sat there. Half an hour passed … then an hour … then a second hour. Finally, the receptionist grabbed an opportunity to ask the doctor whether he could see me when he came out to the front. “NO,” was the doctor’s response, loud and clear. Not only did he refuse to see me, but he also said it loud enough for me – and everyone else – to hear him. My eyes started to water because I felt humiliated.

Somehow, I swallowed my pride, kept my composure and managed to leave gracefully. Once I was outside, the tears came flooding out; they were hard to control. Fortunately, I managed to turn the situation around by going into a boutique in the same shopping mall to reward myself for my courage. I bought myself six lovely blouses and a couple of pairs of pants. The owner gave me an additional discount because he saw the tears in my eyes.

Six months later, as I was driving toward the east side of town, a couple of blocks before I got on the highway, I had a hunch that I needed to make a U-turn and go back to visit a doctor’s office I had just passed. I knew I had to follow my intuition; otherwise, I risked missing out on something good! As I walked in, a new doctor saw me and invited me to follow him. He was unusually young – about the age of one of my sons. So I just talked to him about the life lessons I had learned, and I gave him advice. As we were deep in conversation, I forgot why I was there. He seemed willing to listen to me, and after 10 minutes he asked if I had come from a home health agency. I said yes, and he picked up a paper from the table and told me that this patient needed service. Amazing, it was as though he had that paper with the patient’s information just for me, ready to go! This happened without my asking for the business. All I needed to do was take it.

Note: This is a modification of my article Divinity at Work (Getting Past Habitual Thought)http://loveneverending.com/?p=1486 which I posted earlier in this blog and will include in my book.

Next Getting Away From Habitual Thought – Growth through Change 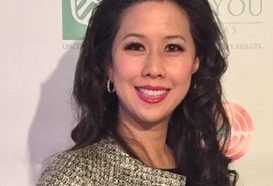