Do not limit their place
Do not reject their livelihood Kings and princes in general, after having power, usually show conspiracy or high pressure. People are often treated with severe punishments and harsh laws. If the people are forced to fear no authority by that policy of coercion, they will rise up and resist, and they will take risks and fight with the regime. This is how revolutions are made. The coups in history and the change of the dynasty are like this.

Therefore, a sage is not only self-aware but also self-respect. A sage is neither self-praise nor self-glory. Consequently, we must abandon the latter (self-praise, self-glory) and keep the former (self-awareness, self-respect).

Next A Blessing in Disguise 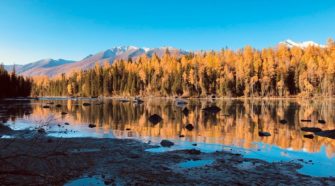