A Zen master was meditating in the river when he heard the sound of struggling. He saw a scorpion splashing in the water when he opened his eyes. He reached out and pulled it out, but he was stung by the scorpion. He put the scorpion on the shore, continued to meditate.

After a while, he heard the sound of struggling again. He opened his eyes and saw that the scorpion had fallen into the water again. He picked it up again to put it back on the shore; he was stung again, of course. But he continued to meditate. Again, after some time, the same misfortune happened again.

A fisherman nearby said to him, “Are you stupid, don’t you know the scorpion will sting?” The Zen master replied, “I know, the scorpion stung me three times.” The fisherman was puzzled. “Why do you still want to save it?” The Zen master replied, “The sting is its nature, but compassion is my nature, and my nature will not change because of its nature.”

At this time, he heard the sound of the struggling again. Yes, it was that same scorpion. He looked at his swollen hands and then looked at the struggling scorpion in the water; he reached out again without hesitation. Before he could pick up the scorpion, the fisherman gave him a dry branch. The Zen master used this branch to pick up the scorpion and place it on the shore instead.

When you can be kind to yourself, then you can be kind to others. I liked the story; it reminds me of the saying: “It is not easy to be a nice person.” Indeed, It is in their nature for a kind person to do a good deed. But the object of doing good is not necessarily good; the result of doing good does not necessarily bring you the good fruit. Why is this so? As the fisherman said: “You need the means of compassion to be able to be compassionate to others.”

The Zen master often has an insight into the philosophical things that make people suddenly see the truth, but they are confused about simple things. Everyday people, on the other hand, understand simple and down to earth truths that show that zen is in everyone.

The original text is in Chinese (http://blog.xuite.net/deivyavan/blog/206053768), I translated it into English so you can enjoy this enlightening story. 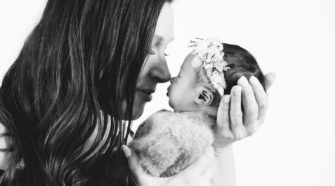