Therefore the Sage:
Manages affairs without action;
Preaches the doctrine without words;
All things take their rise, but he does not turn away from them;
He gives them life, but does not take possession of them;
He acts, but does not appropriate;
Accomplishes, but claims no credit.
It is because he lays claim to no credit
That the credit cannot be taken away from him.
(Translated by Yu Tang Lin- See note )

Some scholars regard the first and second chapters as the introduction of the Tao Te Ching.

Here Lao Tze gives us a new word- “inter-depend.” It is neither “depend” or “independent.” In his concise way, he tells us there is no contrast and no conflict for all things, but they should coexist and be complementary instead.

He goes further to apply the nothingness or emptiness to our livelihood by giving us the example of the sage.

As an actor, I’ve had a lot of chances to audition for different characters. But this year, it seems like I’ve had a hard time booking any roles. The other day, when I went to an audition, I thought that I should apply what I had learned from Lao Tzu to them. I just focused on myself and changed the outfit I used to wear, dressing in brighter colors and putting my hair down. Overall, I caught people’s eye more often.

When I went in, I felt alright, and the colors I wore also made me feel more confident. Not to my surprise, I got a callback. I was excited because there were more people than I realized. It took about two days for the audition, so the competition was fierce. I haven’t been acting for too long, and I knew I had many competitors that had a lot more acting experience than me. Delighted, I went back for the callback.

The gentleman who went in with me happened to sit next to me before we were called to go in. He was not at peace and complaining a lot about why we had only gotten a few hours notice for a callback. But I was just happy that I had received a callback.

When we went in together, he happened to be acting as my partner. Unlike the first audition, there was more than just one person inside. They started to give us instructions, and I quietly listened, knowing following instructions was important. My partner, again, was anxious and kept asking me whether I heard them or not.

When we started to act, I quietly did what I needed to do and acted more than I talked. My partner did the opposite and kept adding more lines for himself. When I left, I didn’t know what to think because there were still a lot of people here for callbacks, but the day after, I was happy to find out that they booked me for the commercial.

As I think back, after posting the first chapter of Lao Tzu, I realized we don’t have to compete or be anxious when we try. We should follow his principle of “doing nothing” and leave it to our inner selves. Since I wasn’t trying too hard and I wasn’t anxious, my appearance was much calmer and more peaceful as compared to my partner. It also showed how confident I was, because outward appearances attract people’s attention.

When Lao Tzu says to “do nothing,” it still means to take action. Rather, you act in a way where people will see the peacefulness and calmness within you. You do not see hardships to struggle through because you do not claim them as your own. Then it just comes to you naturally.

Note:
Chinese: 林語堂; pinyin: Lín Yǔtáng; October 10, 1895 – March 26, 1976) was a Chinese writer, translator, linguist, and inventor. His informal but polished style in both Chinese and English made him one of the most influential writers of his generation, and his compilations and translations of classic Chinese texts into English were bestsellers in the West.-Wikipedia

Next A Zen Master, a Scorpion, and a Fisherman 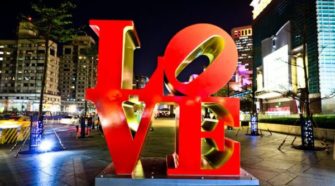