This article was published on my Chinese-language blog on July 15, 2014. (Reference:

). I wanted to post the English version of the article here earlier, but it was delayed. I now know there was a reason for the delay — so that I might dedicate it to our beloved Robin Williams, who showed us how to laugh through his performances and reminded us how to care for others through his tragic death. May he rest in peace and may we all have empathy for all the people in our universe. “Why? Why? What do you want me to do? The trials are coming one after another.
Isn’t it enough? Don’t you see that how much I have suffered?” I cried till I lost my
voice. “Are you happy to see me like this? Please have mercy on me. You have the
power to stop this suffering. If you are willing, my life would get better.”

I seemed to be looking down at myself from the ceiling of the car. I was watching
myself behind the steering wheel – pitiful and helpless. Shouting and screaming, the
person I was watching kept pleading with God: “Please answer me, please help me
understand. I have no one but you to rely on.” What was going on? I asked myself,
looking down from the ceiling: “What has happened? Think … think again.”

Several minutes earlier, totally stressed out, I had dashed out and driven off in my
car. I just wanted to get out of the house and keep going. I was speeding and rushed
through a red light. Too late, I saw a police car waiting at the intersection for the
light to change. I was sure he had seen me running the light. He would probably
chase after me. I was terrified.

Luckily, I was familiar with the area. I turned into an alley behind a bank. Once I felt
safe, I stopped the car and burst into tears. In distress, wanting to help myself, it
seemed that I rushed out of my body and saw myself behind the wheel – pitiful,
confused and weak. At the same time, I saw someone who wanted answers and
earnestly sought them. … “Please answer me, please help me understand. I have no
one but you to rely on.”

Suddenly I felt my anger subside as I waited for an answer. I stopped crying. I felt
calm and began to relax. I envisioned myself standing on the street in broad
daylight. “Come, there is light!” I yelled. But no one, yes, no one showed up. A voice
came to me. It was broad daylight, and there was light everywhere. Nobody needs
light at midday. For that, you have to go to a cave where there is no light, only
darkness. That is when you call for light.

If you want to comfort and bring light to someone, you first have to have experienced darkness. Otherwise, it is of no use. You cannot share their feelings. If you have not experienced darkness, you won’t understand what they have been through. What comes out of your mouth is merely sympathy, and that is superficial.

All of sudden, I was reminded of several friends who committed or tried to commit suicide. At the time, I did not understand how desperate they must have felt – how lonely and helpless they were. They were crying out for help. But I was too young and immature to hear their hearts crying out. But after going through all my ordeals, I now had a better understanding of how they must have felt. (This image was taken from Oasis of the Seas, I wish to thank the artist for this amazing painting.)
I had a friend who finally succeeded in killing herself after three attempts. She must have been in extreme despair to keep trying to slash her wrists. She was only a middle school kid. Thinking of someone at such an innocent age giving up her life made me very sad.

A second friend killed herself by jumping from the roof of a tall building in a small Taiwanese city. We were told she was lovelorn. She apparently could not find anyone to help ease her pain, so she ended her life. She had just entered college.

A third one was my best friend. Her marriage had been arranged. She told me she could endure the hard work, but she could not stand her husband’s immaturity. She wanted a divorce, but her parents objected. She came to me looking for help. Unfortunately, I missed her visit and she tried to kill herself after she returned home. Thank God she did not succeed, and then her parents allowed her to divorce.

A fourth one was a high school friend who killed herself to protest unfair treatment by the principal of the school where she later taught. Unlike her faculty colleagues, she never gave bribes to the school administration. As a result, she did not get the promotion she deserved. What a waste of life!

There was also the son of a friend who gave up his life at age 24. It was because he had been caught driving without a license. Being so young, he felt he had no way out, so he committed suicide.

Statistics show that most suicide survivors do not try to kill themselves again. One can make the decision to give up one’s life – or not – in the blink of an eye. A mere thread separates life and death. If we break the thread, then we face death … zero …nothing left. Nobody can fix it then.

Finally, I can understand the feelings of a member of my church whose husband climbed a tree to prune some branches, but fell down and died. She refused counseling from others because she said that nobody had experienced what she had. I understand now that what she wanted was empathy. She wished we could enter her world and feel what she was going through.

Not too long ago, a friend wanted me to contact a lady who just lost her husband to a heart attack. Being so young and left with three little girls, she allowed anger to overwhelm her and refused to have anyone visit. But when I tried to talk to her, I was surprised that she responded to my effort to console her. I am now gradually understanding why I have gone through so many trials. Not only did they help me grow, but they also made it possible for me to empathize with others. I am grateful that I am now able to come out my own world and enter other people’s worlds and connect with them through love. That is what life is all about, isn’t it? 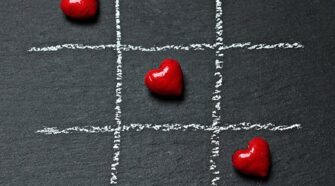