Around the beginning of spring, I was called for an audition in Hollywood. As usual, I drove from South Pasadena to get to my destination, but this time I took a route in a school zone. As I was driving, I couldn’t help but think about my son’s recently deceased dog Buster, who I had still been mourning. ((loveneverending(80):Oh,Buster! )Because I was familiar with the street, I didn’t pay any particular attention to my driving.

When I reached a red light, a police car gestured for me to turn and pull over. The officer came over and said, “Lady, did you know you were driving 40 miles an hour in a school zone where the limit is 25 miles?” I couldn’t believe that I had been driving that fast, but I couldn’t find it in myself to argue with him as thoughts of Buster occupied my mind. I was given a ticket, and the officer told me to pay the fine and go to traffic school so as to not drive up my insurance premium.

As I drove off, I still couldn’t figure out how I had been driving so quickly. It was a winding road with an ascending slope so that I wouldn’t have been driving recklessly. Finally, I decided I would just let the ticket sit and decide what to do in a month. Somehow I felt like I should argue in court, so I went to pay the fine and scheduled court date.

Three months later, I went to the Pasadena Courthouse. There were about 35 other people, most of whom were probably in the same situation as I was. As I was waiting, I struck up a conversation with the woman next to me. She explained to me that she felt the officer who gave her the ticket would show up, as he had five other cases. He wouldn’t pass on the opportunity to deal with all of his traffic cases in one day. Worried, I checked my ticket and saw my officer also have the other five cases too. I was sure my police officer would show up without the doubt.

As we were seated, I started to look around to see if my officer would show up. Only one officer had shown up. I tried to check the name on his uniform, but I couldn’t make it out from far away. Then the judge started hearing the cases. She called the officer and kept ruling in his favor, case after case. The only exception was a woman, the president of some charity. She had been driving a woman from Africa who didn’t have her seatbelt on and, given her situation, won the case.

Looking at the judge, I started to get very scared. It was obvious that she was siding with the officer, as she trusted his judgment. I felt like my chances of winning the case were growing slimmer and slimmer. Eventually, I decided to surrender when it would be my turn.

Once she had finished the officer’s six cases, she told everyone else they were free to go, as their officers hadn’t shown up. Obviously, I was exuberated not to have to pay a fine and go to traffic school. But as I was driving back, I thought how unlikely it was that this would happen. From my understanding and prior experiences, it was rare that most of the officers on these cases wouldn’t show up. But this time, the majority of people were let go because of these no-shows. It had been such an unexpected miracle, one that I was extremely thankful for.

Before I had left for the courthouse, my son and friends advised me there was no chance of winning if I protested the ticket. The advancement of technology has ensured that the officer probably had a very accurate reading on my speed. Even so, I felt compelled to go to court to fight the ticket, not to mention I didn’t want to pay the fine and go to traffic school. As unlikely as it was for me to go with my gut feeling instead of listening to reason, I’m glad I did so. It is rare that one gets to experience such a miracle with so many others.

Previous Do Not Live in the Shadows of the Past

Next Miracles through Prayer(1) 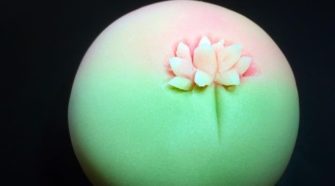