I do not know who said it, but I’d like to explore the accuracy of this statement.
We had a chance to watch the Long Beach Toyota Grand Prix in the middle of April.
I figured I could put this statement to the test during this trip.

On our way to the Grand Prix site, we saw two Ferraris parked in front of the hotel (probably to attract attention).
It is well known that Ferrari has dominated in car racing for a long time.

This was the 38th Annual Grand Prix of Long Beach. It attracted over 100,000 fans.
You can click on the following pictures for an enlarged view. Before heading for the racing tracks, we thought we would eat our breakfast first.
Surprisingly, we started to see the competition among the food vendors.
BIG BUBBA’S BAD BBQ Then we went to another area where the kids were competing in cars.(above)
These girls were winners after they went through numerous competitions. Three beautiful Miss Grand Prix were chosen after a series of tests of their beauty, wit and charm.
(Picture is from http://www.facebook.com/missgrandprix)

When entering the racing arena, we really experienced this amazing competition in the midst of wild, excited, and noisy fans.   Who says that life is not a race? Different kinds of races have attracted over 100,000 people to come here. We saw banners picturing winners flying in front of the car racing entrance. It reminds people about winning and racing.
When I think of winners, I’m reminded of Alex Zanardi. Alex Zanardi, an Italian racer, won two CART championship titles in North America during the late 1990s.
Before racing Carts, he was a Formula One racer. Unfortunately, he collided with an oncoming car, and his car was broken into two segments in 2001 at the Lausitzring in Germany. He lost both his legs as a result. (Picture is from http://prostheticcenterofexcellence.blogspot.com/2010/07/alessandro-alex-zanardi-born-october-23.html)

Against all odds and nineteen months after his crash, Alex put on artificial legs (designed by him) and was back behind the wheel of a BMW Touring Car for competition. He did this for six years (2003 – 2009) and won several championships. His story inspired countless people, and he was admired by many. (Picture is from http://prostheticcenterofexcellence.blogspot.com/2010/07/alessandro-alex-zanardi-born-october-23.html) He kept challenging himself and overcame all difficulties. He turned his attention to hand biking at 2010. He is now on his way to London to represent Italy in the 2012 Paralympics Games.
(Picture is from http://prostheticcenterofexcellence.blogspot.com/2010/07/alessandro-alex-zanardi-born-october-23.html)

The reporter once asked him whether he had any regrets about the car accident. “No regret.” he said. “I am a happy man. Despite the impact of the accident, I was lucky in the sense that I can choose what I wanted to do.”

Alex not only chose his passion to participate in a variety of competitions, but also won. He overpowered both psychological and physical impairments and changed the impossibilities into possibilities for himself.

Mr. Zanardi is a true champion and a sports legend. He taught us that life is not just a journey, it is a non-stop journey with all kinds of challenges and competitions. He didn’t just race against other drivers. He also had to overcome his own challenges. Through these competitions he was still able to grow. Life is a step-by-step journey. We face challenges every day, but it is through these challenges that we grow. And by growing, our lives move forward. 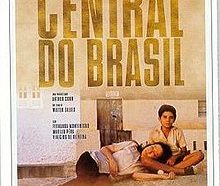