(Picture is from http://en.wikipedia.org/wiki/Grammatophyllum_speciosum)
Did you know that the smallest orchids have flowers only two millimeters across? (Picture is from http://www.independent.co.uk/environment/nature/smallest-orchid-in-the-world-is-found-1831104.html)
Did you know that vanilla is an orchid?
Orchids may be used in a variety of ways. They can make beautiful corsages as seen here:

Orchids often become the first choice for floral arrangement due to their variety of species,
abundant colors and exotic flower-shapes. This family is the largest and most diverse family of flowering plant groups in the world.
They account for 10% of all flowering plant species.
Orchids have adapted to almost every environment on earth.
They can be found from tropical rainforests to boreal coniferous forests,
and from wet beaches to dry Death Valley, which has only two inches of rainfall annually. Orchids are known for their longevity and are considered one of the oldest living species of plants in the world. They have been around since the time of dinosaurs. Orchids are able to live for a long time and grow virtually everywhere.
Orchids show an amazing wisdom for seed transporting, pollinating, flowering and propagating.
No wonder they are regarded as “the smartest plants on Earth.”
Let’s look into the orchids’ world; we may be able to learn a lot from these beautiful and elegant flowers.
The following is some wisdom that orchids display in their morphology.

This orchid reminds us that everyone is unique, special and different from others. Nobody can belittle us, unless we choose to let them do so. Point 2-
The long flap Paphiopedilum has two petals, like girls’ long braids. Swinging by the wind, these
two long braids attract insects to pollinate for them. Also, the flap of the Paphiopedilum is long
enough to drag on the ground, serving as a “ladder” for insects that cannot fly. Such insects can
climb up the “ladder” to collect nectar.

There is a saying: “God helps those who help themselves.” These orchids are an amazing
example of that. Point 3-
Some orchids have equipped themselves with a pseudobulb that can act as a “reservoir” for
water storage. With such strange bulbs, they are able to survive in regions where other plants can’t.

We cannot have a physical pseudobulb (“reservoir”) as orchids do, but we can have an “invisible
reservoir.” Let’s call it the “repository.” If we seize any opportunity to educate ourselves (e.g.
reading books, going to museums, traveling, etc.) or to learn new skills (such as computer
technology, athletics, dancing etc.), then these skills and knowledge will be automatically saved
in our “repository.” Maybe one day we will be surprised to find that they can actually come in
handy to create more opportunities in our lives!

I recently booked a dancing commercial. I have to give credit to the skills I acquired from my
dancing classes over the years. These accumulated skills in my “repository” definitely gave me
an advantage over those without dance experience. Previous Life is a Journey, not a Race. 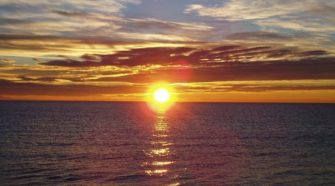