If you would like to have background music(RED CLIFF Theme Song) while you are reading,
please click on the arrow below.

The Chu incident (reference) also reminds me of a story about Zhuge Liang, who is considered
the most popular strategic general in Chinese history. This story is called the “Empty
City Strategem” and it concerns Zhuge and his opponent Sima Yi, the general who
was also one of the best military tacticians of their time, i.e., the Three-Kingdoms
period (A.D. 220-265) in ancient China. Having deployed all his troops at various
other places, Zhuge had only a few civil officers and 2,500 soldiers left at Xicheng to
fend off Sima and his army of 150,000. It seemed that Zhuge and his men were
doomed.

When Sima arrived, his lieutenants suggested charging into the city and capturing
Zhuge since Zhuge had opened all the city gates, and a few seniors could be seen
sweeping the streets. Zhuge himself was sitting on the battlements, playing his
zither with great composure. Two pageboys were waiting on him.

But Sima was suspicious. He did not think it was going to be so easy. Normally,
unless Zhuge was up to something, he would never have left the gates wide open,
with only aged street sweepers visible. Moreover how could Zhuge be playing music
so calmly? Clearly, Zhuge must have set a trap to lure them into the city where he
would then ambush them. After this logical analysis in the traditional way of
thinking, Sima decided to withdraw. He and his 150,000 men retreated. Without
losing a man or wasting a weapon in this encounter, Zhuge had single-handedly
avoided defeat and destruction.

Zhuge Liang is nicknamed the hidden dragon or, more precisely, the crouching
dragon. His name – even his surname alone – has become synonymous with
intelligence and strategy in Chinese culture. (You probably knew him from the
movie Red Cliff.)

In other words, the way to gain victory is to change all three of these opportunities
to your advantage. As you can see here, Arthur Chu got out of the traditional box and
defeated his opponents. Zhuge Liang knew that his competent rival would stay
mired in traditional thought and thereby used his understanding to gain victory.
Actually, we are our own enemy if we do not come out of our habitual box. Not only
won’t we be able to beat our opponents and win but we also risk losing the sparks we
need to create a better life for ourselves.
Reference:
Getting Away From Habitual Thought-Arthur Chu

Getting Away From Habitual Thought-Arthur Chu

Previous Getting Away From Habitual Thought-Arthur Chu

Next Joke and Video 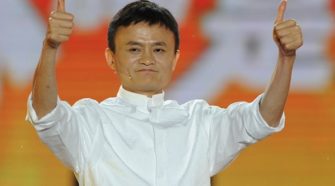