When I was writing about habitual thought, I came across some information about
Arthur Chu, a contestant on “Jeopardy,” the TV quiz show. I found it interesting that
he attracted so much negative attention. Now that he has finished his game, I would
like to analyze and discuss what happened.

You may wonder who Arthur Chu is and why I would use him as a subject here. So
let’s take a look:
Who is he?
What did or does he do?
Why did he gain so much media attention?

Chu, 30, is an insurance compliance worker and voice-over actor from Broadview
Heights, Ohio.

A contestant on TV’s Jeopardy, he scored 11 straight wins, not counting special
tournaments, accumulating a total of $298,200, which made him the third-highest
money-winner in the show’s 50 year-history. Genius or villain? Hero or devil? What is shocking is that he attracted criticism
directed not at his winning but rather at “how he won,” and this is what I want to
discuss.

Chu broke with the traditional way of playing the game. Contestants usually start at
the “top” of the category (i.e., with the easier, less valuable questions) and work
their way down (i.e., to harder, high-value questions). Not Chu. Moreover, Chu
would also try to find the Daily Doubles by jumping around the board. It seemed
unusual that he did so, but it helped throw his opponents off the traditional
continuous thought pattern and confuse them, thereby creating an advantage for
Chu. (Note: When a contestant uncovers a Daily Double spot on the Jeopardy board,
instead of a question or a clue, he gets a chance to wager from $5 up to his current
total winnings on the question that appears after he makes the wager. The other
contestants cannot answer, and the Daily Double contestant must answer correctly
or lose the bet.) Frankly, I was surprised by the response Chu got. I could not understand why so
many viewers disliked him and why he received so much criticism. To me, it is just a
game. The object is to answer as many questions as possible, amass as much money
as possible and end up with the highest winnings. It is that simple and not
complicated at all.

After analyzing the way he played the game, I now understand Chu’s unpopularity.
It was his unorthodox playing style. Instead of admiring his vast knowledge, people
were enraged by the way he played. He broke with the game’s tradition, which
people had become accustomed to. They could not stand seeing it changed.

Getting out of the habitual box and making changes can also make a difference in
our lives. This difference can lead to success as it did for Chu. I also can’t help but
think about Steve Jobs. If he had built a computer the traditional way, then he would
be “just another computer guy,” and we will not be where we are today.

Next Getting Away From Habitual Thought--Zhuge Liang

Carp Leaping Over the Dragon’s Gate 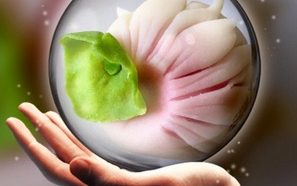