A simple thought can change your environment. It can change your world. If we all have positive thoughts, then it is possible to change the whole world. My friend told me a story about when he was buying groceries in the supermarket. As he was getting a cart, he noticed some small trash in his carts. Before, he didn’t pay much attention, but that day; he unconsciously picked up all of the garbage and gathered it in the front of the cart. He saw the trashcan and threw it in. He told me that as he was pushing the cart into the market, he saw a middle-aged person saw what he did. He did the same thing. The man went the extra mile too: he started to pick up trash from the other carts.

Hearing about this scene, I am enlightened. Your thoughts can change other people’s thoughts. Because we change, our environment also changes. Suddenly, I realized it’s not hard to make the world different to be better. We just need to have the right kind of mindset. As long as our thoughts are positive, kind, and caring, this becomes a sort of invisible energy spread rapidly outwards from person to person. The impact of spreading of this energy on our environment is far beyond our imagination.

I often heard stories about paying it forward. In the toll road, someone would pay for the ticket of the person behind him or her in line. That person would pay it forward, then the next person and the next. It starts off as nothing. But it became a chain transaction because of one simple thought. It began with one individual being kind and made many people’s days. Isn’t that how we can make someone’s day? 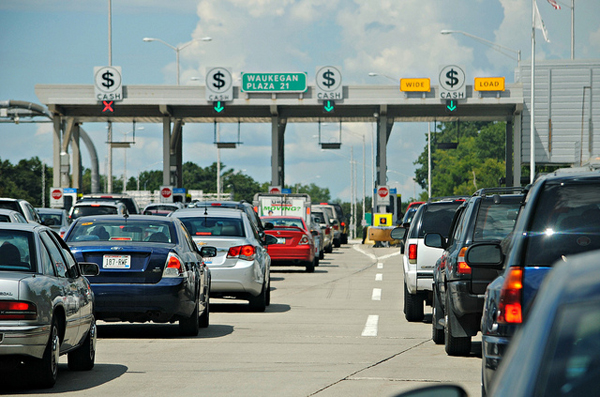 Indeed, a kind and loving thought may not solve any major world crisis. Nevertheless, I believe the loving thought is contagious. As Dr. David Hamilton mentioned in his book “The Contagious Power of Thinking“ We don’t need to be on the Internet to be connected. We are all interconnected. Our thought and emotion can be felt by the friends, siblings and the other side of people; they can reproduce in them. Yes, it is that powerful. The simple thought certainly will make our world different and more beautiful.

Previous Be Slow to Speak and Kind toward Others