www.ronbuckgroup.com (entrance to our gated community)

“How can you afford to buy this house,” my high school friend, Rebecca asked me not once, not twice but three times over the course of several years. I can see why she would have a hard time understanding how I could afford my home, as I was a single woman with an income that could barely cover the cost of the mortgage. The home had also gone up over $200,000 in value in the years that I had owned it, so from her perspective, it seemed entirely out of my price range. Yet, I am going to share with you the same story I told her and hopefully you’ll come to understand the miracle of my home and how it came to be mine.

After settling in my first Orange County house, I quit my insurance job because not only was I uninterested in this industry, I simply couldn’t handle the pressure and stress I was receiving on a daily basis from the company I was working for. As far as I was concerned, I had no choice but to look for another line of work.

This was all going on during the time that the housing market really started to take off. There were housing development projects popping up everywhere in this quiet and desirable beach city. It began to make me think that perhaps earning a living as a real estate agent would be a lucrative career change. My daughter and I started to visit construction sites and model homes to learn from everyone involved in the process – from constructing the home to interior design.

One day, as I was driving by a new housing development site in Laguna Niguel, I decided to follow my curiosity and tour the high-end homes. A sales woman took me around to view the different models. I fell in love with one of them. It was bright and open, and it felt like the perfect home to host charity dinners and events for single parents who were struggling financially. But in the back of my mind, I knew that it was well beyond my means.

Several days later, I heard “The Voice” for the very first time. Mind you, The Voice wasn’t actually whispering in my ear – it was more of an internal voice that I could hear speaking to my soul. In the midst of our first conversation I decided to ask about the house in Laguna Niguel. The following is the conversation that transpired:

“Should I buy this new house here in Laguna Niguel? Wouldn’t it be too luxurious for me to indulge in?”
I knew deep inside it would be impossible for me since I no longer had my husband to help with the mortgage.

“No, don’t be so timid (frugal) go ahead.” I believed He knew that I would use this house to fundraise for a good cause.

“My goodness!” I sighed. The house was worth far more than I could afford.
“Even if my husband were alive, we still wouldn’t be able to do it. How could it be possible now for me alone?” I heard myself mumbling.

“Where’s the money going to come from,” I asked suspiciously. Then he said,

“I will prepare.” He seemed to understand my thoughts and gave me a very firm, positive response.

“Ok, I understand. Let’s wait and see,” I told myself doubtfully.

By believing what He told me, I started to take an action. I went back and boldly put down a deposit and signed the purchasing contract for the most popular model. I thought I had to sell our home in order to buy the new one, and I was sure I had a plenty of time to do it before construction of the new house was completed. Since I had a real estate license, I listed my own house and held an open house.

To my surprise, hardly anyone came to the first showing. The second showing was a total bust, so I decided to go outside and invite people to come into my house. This is when I saw an Asian woman passing by. I invited her in to tour my house, but she immediately told me that she could not afford it. I told her not to worry, as I guided her in for a closer look.

When she came in, I could see her eyes light up. Then she turned to me and said: “This house has a lot of potential. Don’t sell it.”

I told her that the house was brand new when we bought it four years ago. After our third year in the house, we began renovating. We went to Las Vegas, not to gamble, but to tour housing designs such as, crown moldings, color schemes and counter top styles. We employed their concepts and applied them to our house. We traded our wooden countertops for sparkling granite and applied finishing touches to the home, such as installing crown molding and repainting to embrace the overall harmonious feel of the home.

I thought we had done tremendous improvement to our house. In my mind, there wasn’t much else that we could do to increase the value. I asked her why she made such a statement. Shyly she admitted that it wasn’t from her. “Maybe God wanted me to relay this message to you,” she said.

I could not understand the message that she brought to me. I worried that if I could not sell the house then I would lose the deposit for buying the new house. Ignoring what she said, I worked even harder to try to get an offer in. Perhaps un-coincidentally, no one showed up to any of our other open houses after that woman stepped foot inside our house.

One morning, frustrated by not getting anywhere with my house, I sat on the floor and leaned against the corner of my bed frame. I told myself, “I’ll probably lose ten thousand dollars deposit because I don’t have money for the down payment.” I asked, “What am I supposed to do?” All of sudden the four words, “equity line of credit” came to me in a flash. Oh, yes! The value of our home had gone up tremendously since we purchased it, and our loan amount was low so I could take some cash out by using my home as collateral.

I ran to the phone and called my lender. She asked some questions and told me she would call me right back. Five minutes later, my phone rang. She told me that she had set up the equity line of credit for me. I sat there and I could hear myself breathing heavily. It was unbelievable! The worries, agony and frustration that I had over a couple of months just disappeared like a pile of sand being blown away by a gust of wind. He did it. He kept His promise. He prepared! What a miracle! 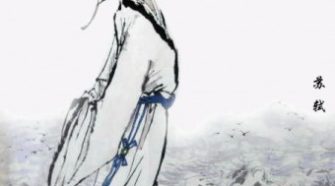