If we pay attention to what’s happening around us, we may just be able to spot the signs of an approaching miracle. From one of my previous posts, you may remember me talking about seeing a rainbow surrounding the moon for two separate evenings after we purchased our new home. At the time, I was consumed with fear that I wouldn’t be able to come up with enough money to cover my mortgage. But in the days that followed, not only did we come up with the money for the mortgage, but we also came up with additional funds to put in new flooring and carpeting. Although I didn’t know what form they would come in, to me, the rainbow-encompassing moon was a sign of the divine miracles to come. According to my Christian faith, rainbows are signs God puts up in the sky. As it states in Genesis 9:13: “I have set my rainbow in the clouds, and it will be the sign of the covenant between me and the earth.”  Rainbows have their place in other belief systems as well. In Greek mythology, the rainbow serves as a bridge between heaven and earth. Chinese legend holds that the rainbow is a symbol of yin and yang, to which the five colors of the rainbow represent the perfect balance. Cultures from around the world have felt the magic of rainbows since the beginning of time, but perhaps the one element each interpretation has in common is a rainbow’s connection to the divine. Therefore, if we learn to keep our eyes open for them, we’ll become more receptive to the gifts they behold, whether they were sent to us from above, outside or are a reflection of the power we have within. I recently went to Maui for a two-day writer’s workshop. Before attending the workshop, however, I spent a week visiting my daughter in Oahu. I remember it was Monday morning when I walked down to the beach from her house and called my friends in California to pray. You see, prior to arriving in Hawaii, I had been experiencing severe pain from a past car accident I was in that caused a disk to collapse in my neck. By the time I landed in Oahu, the neck pain had diminished, but my right forearm was still very, very sore. The pain was so extreme that when I was invited to attend a meditation during my second day in Oahu, I had to lie down by myself instead of sit alongside everyone else. I was very concerned that I would not be able to make it through the workshop, so I called upon the support of my friends and God through prayer.

As we began to pray, I noticed that everything around me was particularly quiet and peaceful, yet the vast ocean in front of me was filled me with tremendous energy. After we finished praying I began to pack up my belongings to head back to my daughter’s house. All of a sudden, right before my eyes, I saw a rainbow emerge from the sky. This caught me by surprise, as there hadn’t been any rain on that sunny day. Although I was nervous about how my pain would affect my experience in the workshop, as soon as I saw the rainbow, I knew everything was going to be okay. After traveling from Oahu to Maui for the workshop, I checked into my hotel. The lady checking-in before me was in the wheelchair, and through conversation I found out that she was also going to be attending the workshop. I told her how I admired her for coming to the workshop, despite her physical condition. She said that she wanted to write a book, but that she wouldn’t have time to finish it if she did not take swift action. Seeing the puzzlement in my eyes, she revealed to me that she had cancer. I was in awe. I was in the presence of a true fighter with profound determination; I couldn’t help but begin to pray for her. She inspired me so much that I felt as though she was an angel sent to deliver a much-needed message: If she could do it, I could do it, too. If I hadn’t been looking for signs, this miracle may never have found me – or should I say, I may never have found this miracle.

After the lady left to go find her room, the woman at the front desk was kind enough to upgrade my reservation. I was happy to find out that the beach was so close by and that the palm trees were practically waving. The scene was so beautiful it caused me to have second thoughts about attending the workshop. I began to think I should just enjoy the beach instead, but as I was getting ready to head towards the ocean, I looked back at my room and saw different colors in the outer wall of the bathroom. I had already turned off all the lights and covered the window with curtain. My hotel room was entirely dark. How could there be a rainbow? I thought I was dreaming. Picture was taken at the Westin hotel room(Maui) on June 11,2015

Since I saw the rainbow in the same moment that I was potentially making a bad decision to abandon the workshop, I took it as a sign that I should stick to my original plan. I went to the workshop and for two and half more days, this miraculous hotel room served as a hub of inspiration. As a result, I powered through and found myself enjoying every moment of the workshop. I was there from the beginning to the very end.

Miracles don’t just appear after rainbows. They come through conversations, realizations, random occurrences and so much more. As long as you keep our eyes open and see things in a positive light, you, too, will start to see the signs of impending miracles.

Previous The Voice 7: A Miraculous Car(2)

Next The Miracle of Generosity 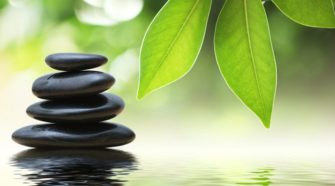