Forgiveness – Calling the spirit back

When Margaret saw my pain and how I could not let go of the people involved in the motel fire, she prayed that I could place it in God’s hands. I recalled the story of David the Navajo as she prayed. When I got home, I watched a video by Caroline Myss, “Why People Don’t Heal.” I read the description of the video, which said you can call your spirit back and regain power through forgiveness. I suddenly felt an awakening, then strangely began to relax and was able to let go of the past. I felt indifferent toward the people who were involved in the motel fire. It seemed I had called my spirit back.

Here is David’s story as told in an excerpt from Anatomy Of The Spirit by Caroline Myss (pages 163-165):

David Chetlahe Paladin (his real name) shared his personal history with me in 1985; he passed away in 1986. It is a testimony to the human potential to achieve a quality of internal power that defies the limitations of physical matter. When I met him, he radiated a quality of empowerment that was rare, and I had to know how he had achieved what so many people were seeking to achieve. David was one of my finest teachers, a person who mastered the sacred truth Honor One Another and who fully transmitted to others the energy of the sefirah of Yesod and the sacrament of communion.

David was a Navajo Indian who grew up on a reservation during the 1920s and 1930s. By the time he was eleven, he was an alcoholic. He left the reservation in his mid-teens, wandered around for a few months, then got a job on a merchant marine ship. He was only fifteen but passed himself off as sixteen.

On board ship, he became friends with a young German and another young Native American. Together they traveled to ports of call throughout the Pacific Ocean. As a hobby, David took up sketching. One subject he sketched was the bunkers that the Japanese were building on the various islands in the South Seas. The year was 1941.

David’s bunker drawings eventually fell into the hands of the American military. When he was drafted into military service, he assumed that he would continue his work as an artist. Instead, he became part of a secret operation against the Nazis. The Army had enlisted Navajo and other Native Americans for a spy network. The operatives were sent behind enemy lines and transmitted information back to the main base of military operations in Europe. Because all radio transmissions could be intercepted, Native American languages were used to guarantee that a message picked up could not be interpreted.

While David was behind enemy lines, he was caught by a group of Nazi soldiers. The Nazis tortured him by, among other things, nailing his feet to the floor and then forcing him to stand for days in that condition. After surviving that horror, David was sent to an extermination camp because he was “of a lesser race.” While he was being shoved into a train car, he felt a rifle push him in the ribs, ordering him to move faster. He turned to face the Nazi soldier. It was the German fellow David had befriended on board the merchant marine ship.

David’s German friend made arrangements for David to be transferred to a prisoner of war camp, where he spent the remaining years of the war. When the camps were liberated, American soldiers found David unconscious and dying. Transported to the United States, David spent two and a half years in a coma in a military hospital in Battle Creek, Michigan. When he finally came out of the coma, his body was so weakened from his prison camp experiences that he could not walk. He was fitted for heavy leg braces and, using crutches, he could drag himself short distances.

David made up his mind to return to his reservation, say a last good-bye to his people, then enter a veterans’ hospital and stay there for the rest of his life. When he arrived at the reservation, his family and friends were horrified at what had become of him. The gathered together and held council to figure out how to help him. After the council meeting the elders approached David, yanked the braces off his legs, tied a rope around his waist, and threw him into deep water. “David, call your spirit back,” they commanded. “Your spirit is no longer in your body. If you can’t call your spirit back, we will let you go. No one can live without his spirit. Your spirit is your power.” Maggot From Wikipedia, the free encyclopedia

“Calling his spirit back,” David told me, was the most difficult task he ever had to undertake. “It was more difficult than enduring having my feet nailed to the floor. I saw the faces of those Nazi soldiers. I lived through all those months in the prison camp. I knew that I had to release my anger and hatred. I could barely keep myself from drowning, but I prayed to let the anger out of my body. That’s all I prayed, and my prayers were answered.”

David recovered the full use of his legs and went on to become a shaman, a Christian minister, and a healer. He also returned to his drawing and earned a reputation as a highly talented artist.

The following is an excerpt from a video by Caroline Myss (www.youtube.com/watch?v=2sZKwLoLiaI Caroline Myss Lecture “Why People Don’t Heal”): I believe knowing how he was finally able to let go definitely helps us do the same for ourselves.

“He started to tell them about one particular Nazi guard who would take maggots, chicken entrailsand shove them down his throat. He had neither the strength nor the freedom to fight this man. He just had to endure him …

“David had to walk through every one of these memories. Every memory that had captured some part of his being and controlled some part of his heart and his mind. He had to cut this string and let go until he got to that one Nazi guard. In his dream state, his out-of-body state, he is facing the Nazi guard. He had to reorient himself. He is in cold, deep water with almost useless legs going through this sacred life review. He is facing this Nazi: ‘All right. I forgive you.’ The forgiveness was not just mental but deep down in his being. And the image spoke to him: ‘I was trying to keep you alive and that was the only food I could find.’ Thanks to that exchange, David got his legs back and swam to shore. He was able to begin healing and never returned to the veterans’ hospital. Forgiveness brings forth a miracle

I also recalled what Margaret said when I started to write my life story. She told me writing the story would heal me. David struggled to let go of the past and learned to forgive. He was like a phoenix that went through fire and was reborn. That’s how he regained his health. His story was certainly powerful. Not only did he help himself, he also helped me put aside my hatred for the people who had hurt me. Calling the spirit back helped me regain my strength. This is incredible. Wouldn’t you call it a miracle?

Caroline Myss lecture on why people don’t heal and how to take your spirit /power back through Forgiveness.

Next My Life Story (10): Fire Brings out Spiritual Being 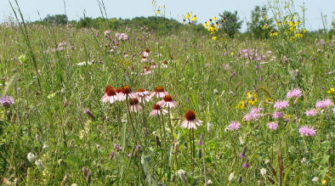