Jokes were from my friend’s e-mail.

E-mail of the year

A man was sick and tired of going to work every day while his wife stayed home.

He wanted her to see what he went through so he prayed:

merely stays at home. I want her to know what I go through.

So, please allow her body to switch with mine for a day.’

God, in his infinite wisdom, granted the man’s wish.

The next morning, sure enough, the man awoke as a woman…

He arose, cooked breakfast for his mate,

Awakened the kids, Set out their school clothes,

Fed them breakfast, Packed their lunches,

Drove them to school, Came home and picked up the dry cleaning,

Took it to the cleaners And stopped at the bank to make a deposit,

Went grocery shopping, Then drove home to put away the groceries,

Paid the bills and balanced the check book.

He cleaned the cat’s litter box and bathed the dog..

And he hurried to make the beds, Do the laundry, vacuum,

Dust, And sweep and mop the kitchen floor.

with them on the way home.

Set out milk and cookies and got the kids organized to do their homework.

Then, set up the ironing board and watched TV while he did the ironing.

At 4:30 he began peeling potatoes and washing vegetables for salad,

breaded the pork chops and snapped fresh beans for supper.

After supper, He cleaned the kitchen, Ran the dishwasher, Folded laundry,

Bath the kids, And put them to bed.

At 9 P.M. He was exhausted and, though his daily chores

weren’t finished, he went to bed where he was expected to

make love, which he managed to get through without complaint.

The next morning, he awoke and immediately knelt by the bed and said: –

Lord, I don’t know what

I was thinking. I was so wrong to envy my wife’s being able to stay

The Lord, in his infinite wisdom, replied:

“My son, I feel you have learned your lesson and I will

be happy to change things back to the way they were.

But you’ll have to wait nine months, though.

You got pregnant last night”

I got this story in my email. True or not true, it IS FUNNY!!

When Grandma Goes To Court

Lawyers should never ask a Mississippi grandma a question if they aren’t prepared for the answer.

In a trial, a Southern small-town prosecuting attorney called his first witness, a grandmotherly, elderly woman to the stand. He approached her and asked “Mrs. Jones, do you know me?” She responded, “Why yes I do know you since you were a little boy, and frankly you’ve been a big disappointment to me. You lie, you cheat on your wife, and you manipulate people and talk about them behind their backs. You think your a big shot when you haven’t the brains to realize you’ll never amount to anything more than a two-bit paper pusher. Yes I know you.

The lawyer was stunned. Not knowing what else to do, he pointed across the room and asked, Mrs Jones, do you know the defense attorney?

She replied, “Why yes I do.I’ve known Mr. Bradley since he was a youngster, too. He’s lazy, bigoted, and he has a drinking problem, He can’t build a normal relationship with anyone, and his law practice is one of the worst in the entire state. Not to mention he cheated on his wife with three different women. One of them was your wife. Yes, I know him.”

The defense attorney nearly died.
The judge asked both counselors to approach the bench and, in a very quiet voice said:

“If either of you idiots asks her if she knows me, I’ll send you both to the electric chair.”

Can you trust an attorney?

One afternoon a wealthy lawyer was riding in his limousine when he saw two men along the roadside eating grass.

Disturbed, he ordered his driver to stop and he got out to investigate.

He  asked one man ‘Why are you eating grass?’

We don’t have any money  for food,’ the poor man replied ‘We have to eat  grass.’

‘Well, then, you can come  with me to my house and I’ll feed you’, the lawyer said.

But sir, I have a wife and two children with me. They are over there, under that tree’.

Bring them along,’ the  lawyer replied.Turning to the other poor man he stated,’You come with us also.’

The second man, in a  pitiful voice then said, ‘But sir, I also have a wife and SIX children with me!’

‘Bring them all, as well,’ the lawyer answered.

They all entered the car, which was no easy task, even for a car as large as the limousine was.

Once underway, one of the poor fellows turned to the lawyer and said,

‘Sir, you are too kind. Thank you for taking all of us with you.’

The lawyer replied, ‘Glad  to do it. You’ll really love my place; the grass is almost 1 meter high!’

Lesson : Don’t trust kind  lawyers. (Also, don’t send this to your good friend who is also a  lawyer)!! 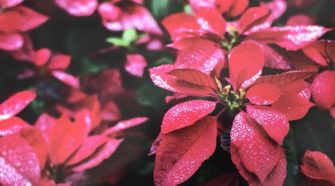