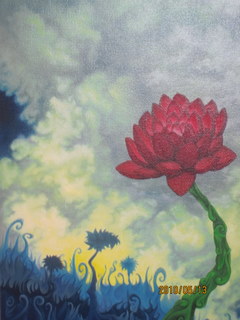 This happened a long time ago.
Yet it seems as though it just took place.

It was early Friday morning in the beginning of autumn.
The pain was so fierce and unbearable.
I kept telling myself, “This can’t happen this weekend.
Endure.., hold on… You must because Bob and Elaine are going away for weekend.”
I could not spoil their vacation yet I needed them to take me to hospital.

Oh, no! It was time and the baby was going to come.
Three hours later in one of the hospital rooms in Boston,
The high pitch of crying of a newborn boy seemed to rip through the thin air of the sky.
It scared the birds who flew away and shook foliage to the ground.
Outside the room, Elaine and Bob tried to comfort a little four-year-old girl and prepare her for the coming of her younger brother.

Inside, after giving birth, I stared at the window. Exhausted. Tears filling my eyes.
I did not have any feeling. All I felt was emptiness, loneliness and hopelesssness.
I felt as though I was falling to the bottom of a pit.
I felt I was at the very bottom of the earth.
How I wish this were a dream. I wanted so badly to wake up
And to find out that the father of the baby had been discharged from the hospital with a clean bill of health.

God appeared to be playing a joke on me.
Twelve days after the birth of his son, without ever seeing his son,
The father rushed to finish his life’s journey that was shorter  than 30 years.
It seemed God still wasn’t finished playing jokes on me.
What lay ahead were totally beyond what I could have imagined.

Women who have just given birth
Have a monthlong confinement period to recover. (An Asian practice.)
As for me… Maybe I am special?
Oh, no! I did not want to be so special.
I used to be a carefree girl, everything was handed to me.
I did not know how to do anything, including driving
Because my husband took care of everything for me.
Now, after his passing,
I had to come out of my shell – to learn fast and deal with everything
Beginning with arranging his funeral service.

And learned to drive a stick-shift car.
Elaine was from England, she taught me not only patiently with love, but also strictly with principle.
Before my confinement period ended, I got my driver’s license.

The next thing was to fight with a very reputable life insurance company.
Due to the ignorance of the agent, I ran into problems collecting insurance.
The company especially hired a Cantonese-speaking man to show up at my house.
The purpose was to persuade me to give in for a lesser amount.

This man tried his best using soft and mean ways
And spent the whole day trying to get the result his company was hoping for.
In the end he could only tell me that he had never encountered anyone in my situation
(just lost husband, just gave birth – in the monthlong confinement period)
Still able to fight with them and still not budging an inch.

His words rang in my ear, making me realize that I had grown up.
I could shake off the thought of committing suicide.
Thank God…Thank Him that I could finally stand up on my own two feet.

Subsequently I hired an attorney to settle with the insurance company.
The company finally gave in, and I received what was right for us.

Strangely, the same thing happened with the institution where both my husband and I worked.
An employee happened to make a mistake, so again we could not receive anything.
My husband’s professor tried and tried to get it resolved but to no avail.
Finally, one of the institution’s vice president came to talk to me,
Hoping that I would admit it was my husband’s error rather than the employee’s.
I did not know where I gained the strength and the wisdom.
After the heated argument, he had to run away.
Of course, once again, I did it and I won.
…….      ………….
…….      ………….
……..      ………….
Slowly I understood.
God was not joking with me.
Because I had to fight for these things,
He led me step by step to come out of the shadow of sadness over the death of both my husband and my father (who died a month before my husband passed away).
In this most dreadful and heartbroken period of my life, I have survived.

Next I CHOOSE TO FLY IN THE SKY 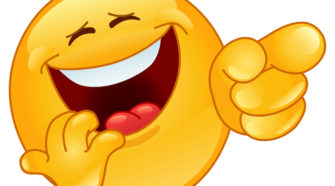