I translated this moving article and posted it here because it begs to be shared.
The original text is in Chinese, and the author is unknown.

In Taiwan, there was a 70-year-old man who called his daughter every day.
Each time he’d hear her voicemail recording:
“Sorry, I’m busy now. Please leave a message.”
The cheerful voice always brought a smile to her father’s face.
Even though he knew his daughter was not on the phone listening, he’d still reply with pleasure
in his voice …
“Well, go ahead and do your thing. I’ll call you back tomorrow.”

Actually, the owner of that cheerful voice had perished in a car crash three years earlier.
Her friendly message was the only way the man had to remain connected with his beloved
daughter.
It was like a magical key that could open a door to a secret garden
Where all that was left of his daughter’s precious memory would always be there for him.
The young woman was gone, and no one used this phone anymore,
Yet the father still made regular payments to maintain the service.

He kept it so he could continue listening to his daughter’s voice.
It helped him feel she had not gone far …
She still worked at the same company,
He sat next to her and smiled at her.
He could see her fingers nimbly tapping the keyboard …
Hear her talking with colleagues in the conference room …
Sense her putting a document into the copier …

Thanks to this sweet reverie, the man could pass the lonely night,
And endure the pain that crept over him, inch by inch.
A person can ferry a soft heart with just one sentence across the deep and endless sea.
But one day when he called her number again,
The message had vanished – her phone had been disconnected!
In shock, the father felt he had lost the whole world.

After a difficult search,
He finally reached his daughter’s mobile phone customer service.
The representative said they had told all customers to transfer everything to a new, upgraded
system.
Otherwise, all the information would be lost.
But the father had been unable to check his daughter’s incoming messages,
So he lost her precious voice.

He was devastated.
“This is my late daughter’s message. If I can no longer hear it,
I’ll have lost the last thread connecting us,” he murmured …
And he sobbed like a child.
The representative told the director what had happened,
And the director set his staff to work, searching for a solution.

They spent a month going through millions of users’ old voice messages,
And they finally located the daughter’s recording.
With a great deal of effort, they restored her voice message.
When the man heard his daughter’s voice again,
He cried out in joy:
“I hear her, I hear her,”

As if he saw his beautiful girl sitting right next to him,
And he could reach out and hold her tight.
To ensure the message would never again be lost.
The representative copied it to a disc,
And presented it to the father.
He would never again have to worry about losing the connection with his daughter.

Next The World of Wistaria

Prayer of Awakening Our Strength 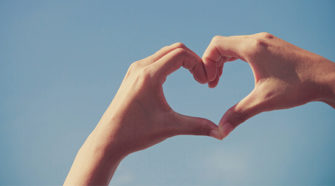