The image is from https://www.fws.gov/refuge/northern_tallgrass_prairie/about_NWRS.html.

Cows at a farm near Cologne, Germany, have given the milk to the point that they can’t produce any more milk.

Those cows were immediately facing the fate of being sold for slaughter. Some people could not bear to see the cows being killed, so they approached the farmer and arranged to release the cows for them to return to prairie.

After letting out to the wild grassland from the dark cattle pen, the cows were excited to be alive, happy to gallop in the pasture, and even silently rubbing against the grass to feel the long-lost nature.

The owner of the farm said he was glad that he had made the decision. He said: “Anyone who saw how the cows ran into the open today would ask themself, where do you even see something like that these days … this joy of life, the spontaneity, the excitement. How could anyone not have seen that?”

He added: “Someday, man will have to give something back to the animals.”

This beautiful video speaks volumes. If there was ever a doubt that animals don’t have emotions and feelings, this certainly puts that to rest. It took them no time at all to understand what “freedom” means. We tend to place ourselves so far above the animal world, but in reality, they have a lot to teach us.

Look at these beautiful cows. They’re so happy! I’m thrilled to see these beautiful, gentle cows to be set free. Now, they can enjoy and frolic in the fields. That’s the way it should be. After all, they have served and done their duties.
总有一天，人类将不得不为动物做些什么

Previous Best Use of This Quarantine Period -Sadhguru

Next We Are The World

Battle Between Human and Nature 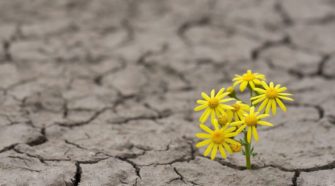