There was a wealthy merchant who, to avoid losing his money, replaced all his wealth with gold and silver. He made a unique paper umbrella, and carefully concealed the gold and silver in the umbrella handle, then he dressed as an ordinary citizen, and got ready to head back to his hometown to retire with this umbrella. However, he accidentally dozed off on the train, and he realized the umbrella had disappeared when he woke up! After carefully observing, this experienced businessman noticed that the package he carried was still in good condition. So he knew that the person who took the umbrella was not a professional thief, but someone who happened to pass by and just took the umbrella by mistake, and that the man should be nearby.

The merchant then settled down there, and he purchased umbrella repair tools to make a living by repairing umbrellas. Two years went by, but he did not find his umbrella. However, as he fixed umbrellas, he learned that people would just buy new umbrellas when they were not worth repairing.

The image is from DS00738–高雄市–美濃油紙傘–美濃廣進勝紙傘–

The merchant then changed his banner to “an old umbrella for a new one,” without charge. The people who came to replace their umbrellas came in regularly. Not long after, a middle-aged man with a shabby oil paper umbrella came in in a hurry. The merchant took a look at it, and it was the umbrella that he had been searching for – and the umbrella handle was still intact. He quietly gave the man a new umbrella. After the man left, he went back to his residence to tidy up his belongings and disappeared without a trace.

There is wisdom in calmness. The curator of the museum deliberately made his case loud to everyone, while the merchants handled his loss silently. Their wise actions derived from calm. In the face of sudden incidents, both of them dealt with it calmly, eventually transforming the situation into something better.

In life, learning to be calm is a valuable asset. It will let you know that if there are storms and dark clouds in front of you, anxiety and distress will not only make things worse but sometimes it will make things disastrous. The calm will allow you to stabilize your position and restore your losses.

Calmness is a kind of wisdom, but also a sort of resilience. More than 80 years ago, a fire burned down Thomas Edison’s laboratory. Edison stood on the ruins and said: “Now we can start again!” I believe that anyone who knows this would admire Edison’s words of calmness.

When Tomorrow Starts Without Me (Part 3) 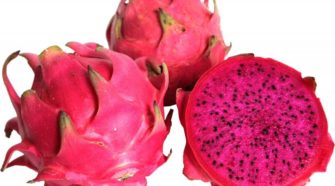