“Benz” is a famous car brand. Someone once advertised that one of their cars would be auctioned off for a dollar. Everyone assumed that this must be a joke.

However, one man was so curious about it that he decided to give it a try. So, he went to see the car. The woman indeed sold him the car, which only had 12,000km on it, for $1!

When the man who bought the car was about to leave, he told the woman that if she did not tell him why she sold him the car so cheaply, he would be too nervous to drive it. He wanted her to reassure him that there was nothing wrong with the vehicle and that it was not stolen property.

The woman was silent for a while, but at last, she replied, “I want to fulfill my late husband’s last wishes. He made me promise to sell the Mercedes Benz and give the money from the sale to his secretary on Valentine’s Day.”

A famous news reporter who works for the New York Daily News loves to share the story of how he got hired.

At that time, he had been nervously waiting outside of the office. His resume had already been sent in. After a while, the manager’s assistant came out and told him that the manager wanted to see his business card.

He didn’t have any business cards, but he had an idea. He took out a pack of poker cards and pulled out the ace of spades. He told the assistant: “You can give him this card.”
He was hired after half an hour.
If you are going to send in a playing card, you might as well choose the one with the highest value in a card game to imply your worth.

3) Value of Art vs. Life
A newspaper in France gave an award for the best answer to this question:

If there was a fire in the Louvre in France and you could only save one painting, which one would you pick?

The answer that won was…
“The painting that is nearest to the exit.”

In brief, life is more important than art.

Previous A Conscience is Priceless

Next Win or Lose 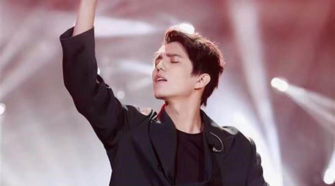