Feng Li, known as “Shang Sheng (the saint in business)” by later generations, was from the state of Chu in the spring and autumn period. He went to the state of Yue to assist Goujian, the king of Yue, in planning the destruction of Wu by sleeping on brushwood and tasting bile to remind himself why he needed to reclaim his defeated county. After more than 20 years, he turned defeat into victory and beat the state of Wu, thus achieving the grand plan of King Goujian. Feng Li was awarded the official position of the general.

Feng Li thought that “Under a great name, it is difficult to live for a long time.” It is consistent with Lao Tzu’s idea of “achieving great success but taking no credit.” He resigned not long after his success and left the state of Yue. He came to the state of Qi and became a coast guard instead. This was Feng Li’s first retreat after gaining great success.

Feng Li managed the industry by the sea and soon accumulated hundreds of thousands of assets. Because of his financial ability, he was honored as a minister by the state of Qi. Three years later, Feng Li resigned from the position of minister, “achieving great success but taking no credit” again, and he scattered all his wealth and moved to another country.

Feng Li moved to Tao Di for his third time retreating. Within a few years, Feng Li became a wealthy man again in business. He called himself “Tao Zhu Gong” and was called “God of Wealth” by the local people. A renowned historian, Sima Qian, praised Feng Li in his book Shi Ji (Historical Records) and said, “Feng Li is famous for his three retreats.”

Tao zhu gong resided in Tao for 19 years, he had accumulated enormous wealth and scattered it three times. The later generation collected his thought and ideas as a model for business and recorded in the book “Sixteen Principles of Tao zhu gong’s financial management.”

Feng Li finally left the Tao land and did not engage in any more business. He took Lady Xi Shi with him and wandered around Taihu Lake, living a free and unfettered life.

Next The Other Pair

The Unexpected Rewards from the Mistakes 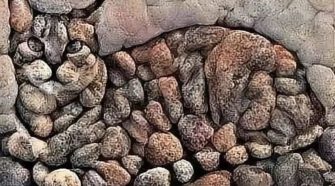