Towards the end of last year, one of my friends that came to visit me. Five years ago, she came here to make a film for a spiritual search. I helped her to interview inspirational speakers and translate them.

This time when she came, she had finished editing the episodes into a short film, and now she was looking for people to buy it. She had always been a soul-searching person, and she told me with confidence that her energy level had reached over 700. I was shocked, and I couldn’t imagine how she could achieve such a level. She told me that my energy level seemed to be low and that I should speed up my journey and tries to get to her level. Since she was talking about the energy level, I picked the book from my bookshelf by Dr. David Hawkins, called Power vs. Force. However, I didn’t put in much effort into studying it carefully until the beginning of this year.

Later, another friend asked me what my energy level was in 2017, and this time I was surprised that a similar question had come up. I knew I had to look for an answer, so I started to reread Dr. Hawkins’ book.

Here is his story:
Dr. David Hawkins was a sought-after psychiatrist for decades in New York City. He left his practice at age 38 after contracting a near-fatal illness, and while praying for healing, a bliss state befell him—prompting him to leave behind his “personal self” and merge with “an Infinite Presence of such unlimited power that it was all that was.”

After spending seven years in a cabin near Sedona, meditating and studying, he reintegrated into society and has been astonishingly productive ever since. For nearly 40 years nonstop, he has been writing and lecturing around the globe about higher consciousness. At the core of his research is the radical notion that consciousness can be mapped on a logarithmic scale using behavioral kinesiology, nonlinear dynamics and particle physics. His seminal work, Power vs. Force, introduced the concept that truth is subjective and about one’s level of consciousness.

In his book, he used kinesiology to measure energy levels, and using what he knew from his 30 years of study; he concluded that we all have energy. Not just human beings, but also plants, clothing, books, cars, and even abstract ideas like videos, music, thoughts, and emotions. He gives us the different energy levels here.

As I was staring at this chart, I realized that if a person’s energy level drops below 250, that their emotions become negative – they feel more emotions like anger, grief, fear, and shame. It dawned on me that the reason I could not write the last chapter of my book – Enlightenment, where I explain how I received it from divinity – last June, was because I had a hard time gathering my energy to write. As I was trying to get inspiration, I kept hearing a message about peace. I ended up writing an article about peace, but I still didn’t get it at that time. Ever since then, I’ve just had the feeling that I need to be at peace. I thought I was doing better once I started trying to tune out unwanted noise like politics, and decided to stop complaining, but I still could not bring myself to write. I didn’t have inspiration and wasn’t moved to start to write again.

Two or three months ago, I began the process of selling a property, and I had a hard time trying to sell it. It made me uneasy because of the financial burden. I thought that was bad enough, but at the beginning of 2017, it became worse but taught me a lesson.

It happened when my other property’s tenant moved out, and before a new tenant moved in when there was no one in the house. The sprinklers had started leaking, and since there was no one there, they kept leaking for a few days until my back neighbor saw the water dripping. We rushed to the house, and what was inside was beyond our imagination. The water had gotten everywhere, flooding the entire first floor, and had damaged the wood floors, carpet, and cabinets. I remember the night when we saw the water-stained wood, and I stood there not knowing what to do. I had brought supplies to try to dry the water, but never thought it would be so bad, and I will always remember that scene, of the water-logged floors and carpet beyond help. 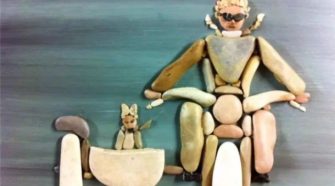