A monk followed a Zen Master to learn Zen. After two years of study, he thought he had learned a lot of things and attained Tao. He was satisfied and wanted to bid farewell to the Zen Master.

The monk said, “Master, I feel I have learned enough.”
The Zen Master asked him, “What does it mean?”
The student replied, “Enough, it means it is already full, and can’t be loaded anymore.”

The Zen Master grabbed a handful of sand and put it in the basin. The sand seeped into the cracks in the pebbles and stones, and the basin did not overflow.
The Zen Master asked again, “Is it full?”
The monk replied, “It’s full this time. I’m sure it won’t fit anymore.”

The Zen Master took a cup of water and poured it into the basin. The water also seeped into the sand, and the basin did not overflow.
The Zen Master asked one last time, “is it full?”

The monk had an epiphany immediately, he realized that what people think is only an illusion. The Tao of heaven does not overflow, and all things are filled. So all things will continue to grow, not to be filled, but learn anew. Everything in the world is changing ceaselessly, filled then emptied, gained then lost. When pushed to the limit, the Tao reverses but is never exhausted.

The World of Wistaria 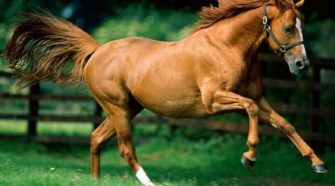