After completing my recent blog post entitled “My Life Story (10): Fire Brings out Spiritual Being,” I found myself lingering in deep thoughts regarding the connection of humans and love. Around the same time, a close friend enlisted my help in investigating the authenticity of a particular watch. This watch, undoubtedly beautiful on the surface, was given to him as a token of gratitude for helping out another friend. Upon a closer look, I saw that the watch was marked with the name, “Patek Philippe,” which just so happens to be one of the most expensive watches in the world. So, I decided to take the watch to an extremely reputable high-end store selling pre-owned luxury handbags and accessories located in Beverly Hills, California. Upon entering the store, my friend and I were greeted by a well-dressed jewelry technician who agreed to take a look at the watch. With his magnifying glass, he slowly examined the entire shiny, sleek surface of the watch. With a look of concern in his eyes, he went to his computer and began to type. A few moments later, he handed back the watch and said he could not make us an offer on it, nor provide us with a rough estimate of the watches’ worth. He went on to explain that each Patek Philippe watch had a corresponding list as a guide for purchasing from the customers. My friend’s watch did not have some of the items in his list. Company policy prevented him from assisting me any further.

We left feeling confused and disappointed, but we didn’t stop there. We decided instead to find another respectable local company to provide us with a second opinion. This time, after the magnifying glass was drawn from the technicians eye and placed back inside his pocket, he handed back the watch and gave us a response that was a little more straightforward: It was a replica. A fake.

The Henry Graves “supercomplication,” also by Patek Philippe, sold for $11 million at Sotheby’s in December 1999. It’s the most complicated watch ever created. This watch is sold for record $24.4 million in 2014. While I felt bad for my friend who had hoped the watch might have been worth something, the whole experience peaked my interest. I went home and started to research how one would learn to distinguish a real watch from a fake. Apparently, we are able to distinguish the authenticity of a watch through our sense of touch, sight and sound.

Authentic watches are sturdy and relatively heavy, as they are made with strong materials. The real thing has extremely smooth mechanisms, which means there won’t be the ticking sound you expect with cheaper fake watches. Possibly the most apparent difference would be determined by taking a look at the watch through a magnifying glass. This will reveal whether the serial or model numbers are engraved or printed. Of course, the numbers of the genuine ones are engraved whereas fakes are printed using ink. Additionally, counterfeit models often cannot replicate the watches logo(seal) accurately.

The seal of Patek Philippe- 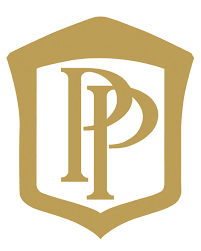 As I began to reflect upon what I had shared in my recent blog post about our true nature, the words ‘genuine’ and ‘fake’ started to dance around in my head, just begging for more of my attention. All of a sudden, I shifted my focus from the authenticity of the watch to myself. I asked myself: Am I real or fake? Am I genuine or counterfeit? Can people see my truthfulness? Can they sense my genuineness as they could with the watch?

We are spiritual beings. At our core, every single one of us is made of pure love. However, much like the watch, our appearance can only reveal so much of who we truly are on the inside. Sometimes the ego takes over and makes people look and act contrary to the love that is in their hearts. The ego – the greatest threat to pure love – is what causes people to lie, to hate and to pretend to be someone other than who they are on the inside. Yet, if the self-image that someone is trying to project to the world isn’t true to who they are on the inside, eventually, hopefully, we will learn to see whether or not their love is pure or tainted by the ego. I know that at the heart of who I am, there is pure, un-contaminated, non-judgmental, unconditional love. I am love. Yes, love is what we are all made of, and when we are genuine, others feel it.