A museum was broken into by thieves, and ten valuable pieces were lost. However, a precious diamond ring was not stolen. After many attempts by the police to find clues, the curator of the museum, who had been very calm at the time, proposed to let the television station interview him. The reporter asked him: “How many cultural relics were lost?” The curator answered: “A total of 11 artifacts were lost.” The reporter asked: “Are these artifacts precious?” The curator replied: “Yes, they are valuable, especially a priceless diamond ring that was taken!”

Shortly after this time, the police managed to find the thieves who had stolen from the museum. The reason why was very simple. Several thieves were caught by the police during a fight. They fought because each of them was suspicious of whoever secretly kept the eleventh artifact – the diamond ring. The image is from https://www.gemobsessed.com/jewelry-trends/the-most-expensive-diamond-sets-record/.

The original Chinese text is from online and the name of author is unknown. The following is the Chinese version- 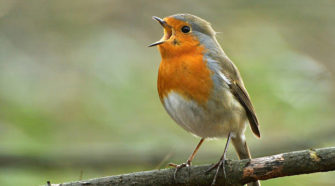