After I posted the previous article “Go back to simplicity”, I came across this article that was a Chinese text by an unknown author. It further elaborates on the same topic. I translated it into English and hope that we can grasp more of meaning to improve our way of thinking.

A chairman of a large company was about to retire, so he started to look for his replacement who would give the company a break-through. Many recommendations poured in; he nailed down the last two candidates. The chairman decided to test them on riding horses since both were good at it.

He took them to his ranch and brought them the horses. He set the winning rule as such that whoever returned last after riding the horse around the ranch would be hired as his replacement.

Both of them were shocked by the chairman’s request because they never in their life have heard such a winning rule. Seeing their puzzled expression, the chairman emphasized that the competition is to show who could ride at a slow speed instead of a fast one.

Upon the commanding gunshot start, the two stood there and they did not know what to do. Suddenly, one person (A) jumped on the other person’s (B) horse and started the race. He left his horse behind. B was wondering why A rode his horse, but by the time he figured out what had happened, it was already too late, because his horse had reached the finish line. B had lost.

The chairman came to A to congratulate him and confirm that he would be hired. He explained to A that he was qualified for he had the innovative thinking to be able to solve the problem effectively.

We used to think that the winner for horse riding is always the fast one instead of a slow one. Therefore, we may think the thought of this chairman was somewhat crazy because his thought does not comply with our habitual way of thinking. In general, people observe their surroundings and judge them with their past experience. Therefore, anything that is out of the comfort zone will be labeled as unusual. They, nevertheless, know that they have been constrained in their habitual thought, and their thinking has come to a halt.

Person A got out of this thought and he was able to find the solution, so he was hired. It is very obvious that we have second nature with us all the time; we are easily under its’ control unconsciously. We need to be alert so we will not become a slave to it, but gain back the dominance instead.

Managing business is dynamic; therefore our thought pattern cannot stick to precedents and limit ourselves. Both thought and action should change according to the situation.

Are you led by your habitual thought? It is time to get out of this routine way of thinking. Then, you may achieve your unfinished dream sooner.

Next Battle Between Human and Nature

Getting Away From Habitual Thought -Alice Lin (1) 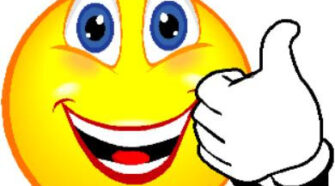