One summer, the ants crawled into my counter of the dressing room from outside to get away from heat. Looking at them, I suddenly realized that they are biological beings just like us.  I could not just kill them because to do so is equivalent to murder. So I decided to communicate with them, I begged them to go home or return where they came from. Surprisingly, I could not find any trace of them when I came back several hours later. Same things happened in several occasions.

There was an unusual occurrence that I remember quite well. It was in the early morning; I saw hundreds of ants appearing on the floor of my bathroom. I was shocked to see so many of them, and they darken the floor. Again, I begged them to go home. Honestly, they would be killed or wiped out if my family members were to see them. I made sure I closed my door tightly when I went out.

I came home after a few hours. I was shocked to see the spotless floor, so clean as if someone came to mop the floor. I worried that someone might have come in to clean my room, and killed all the ants. Hurriedly, I went to ask her daughter. She assured me that no one dared to touch “mother’s ants.”  I finally realized that we can communicate with the ants. I also believe that we can correspond with many other creatures.

It was cold a few days ago; I first saw the ants appearing in my bathroom. This was the first time that I saw ants came to my new home. I did the same thing as before. I told them to go home, and they disappeared. It happened three times.

It reminded me what had transpired in the past with ants, when I read the following article. Indeed, all living beings should be respected. I am most touched by South African who would stop and wait patiently until little creatures safely travel across the road.

Why did the tiny caterpillar cross the road? To form an incredible 17ft long convoy

This is the moment a group of tiny caterpillars formed an incredible 17ft long convoy to cross a road.

Some 136 caterpillars made the single line and wriggled top-to-toe across the road, linked by a thin silk thread which set their path.

And their safety-in-numbers approach had the desired effect as the slow-moving convoy was easily seen by motorists, who were held up for 20 minutes as it made its way across. Bumper to bumper: This slow moving convoy of migrating caterpillars was spotted in the Kruger National Park by Jamie Rooney, from High Wycombe, Bucks

This incredible convoy is the ultimate commuter train – a trail of tiny caterpillars heading off into the bush. An amazing 136 caterpillars wriggled top-to-toe across a road on their migratory route in Kruger National Park, South Africa.

Hold up: Traffic stopped while the slow-moving
caterpillar convoy crossed the road The spectacle was captured on camera by British tourist Jamie Rooney, who was visiting the famous Kruger National Park in South Africa.

Jamie, from High Wycombe, Bucks, was in a Jeep full of tourists when their driver slammed the brakes just inches from the crawling caterpillars.

Jamie, 38, who works in website sales, said: “It was an incredible sight.

‘We were out driving in Kruger National Park for a safari, when all of a sudden the driver shouted out and slammed on his brakes.’

‘He managed to stop just in time in front of this amazing trail of caterpillars, which was stretching across the road.’

‘Conservation is a massive deal in South Africa and the idea is that if there is any living creature in the road you have to wait patiently until it is safely across.’

‘We got out to get a closer look and counted 136 caterpillars in convoy, all moving together across the track.’

‘They were following a very, very thin silk thread on the ground and it took them about 20 minutes to get across the road safely.’

‘Our guide had never seen it before, but he’d heard about it and explained they were migrating into the bush where they would disperse.’

‘It’s like the mass migration of bigger animals like wildebeest, but on a different scale and pace.’

‘When they arrive in the bush, they turn into chrysalis and then butterflies.’

‘It’s a rare sight. It was an absolute joy to watch and a great experience to be able to get down close and see it first hand.’

Previous The Fox and the Tiger

Next When Confucius met Lao Tzu 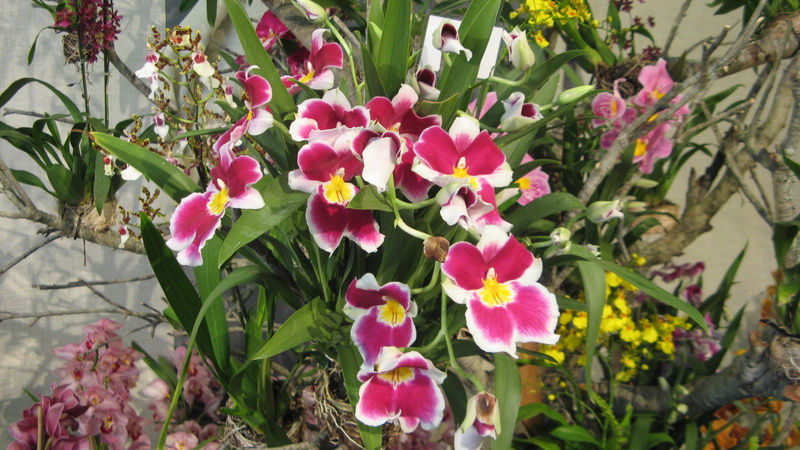