The annual Chinese New Year Gala hosted by China Central Television (CCTV),  shown on the eve of Chinese Lunar New Year has become a ritual of Chinese people including overseas Chinese when celebrate the festival since 1983, when it was first televised live at home and abroad. The gala usually starts at 8 p.m. on New Year’s Eve and lasts about four hours.This is a small part of the program, and I think you will enjoy it.

Please watch on a full screen.

The jokes are from http://paradigmsearch.hubpages.com/hub/Top-Ten-Jokes-Making-the-Internet-Rounds

A father buys a lie detector robot that slaps people when they lie.

He decides to test it out at dinner one night. The father asks his son what he did that afternoon.

The son says, “I did some schoolwork.”

The son says, “Ok, Ok. I was at a friend’s house watching movies.”

Dad asks, “What movie did you watch?”

The robot slaps the father.

Mom laughs and says, “Well, he certainly is your son.”

The robot slaps the mother.

John decided to go skiing with his buddy, Keith. So they loaded up John’s minivan and headed north.

After driving for a few hours, they got caught in a terrible blizzard. So they pulled into a nearby farm and asked the attractive lady who answered the door if they could spend the night.

‘I realize it’s terrible weather out there and I have this huge house all to myself, but I’m recently widowed,’ she explained. ‘I’m afraid the neighbors will talk if I let you stay in my house.’

‘Don’t worry,’ John said. ‘We’ll be happy to sleep in the barn. And if the weather breaks, we’ll be gone at first light.’ The lady agreed, and the two men found their way to the barn and settled in for the night.

Come morning, the weather had cleared, and they got on their way.

They enjoyed a great weekend of skiing.

But about nine months later, John got an unexpected letter from an attorney. It took him a few minutes to figure it out, but he finally determined it was from the attorney of the attractive widow he had met on the ski weekend.

He dropped in on his friend Keith and asked, ‘Keith, do you remember that good-looking widow from the farm we stayed at on our ski holiday up north about 9 months ago?’

‘Did you happen to get up in the middle of the night, go up to the house and pay her a visit?’

‘Well, um, yes!’ Keith said, a little embarrassed about being found out, ‘I have to admit that I did.’

‘And did you happen to give her my name instead of telling her your name?’

‘She just died and left me everything.’

The train was quite crowded, and a U. S. Marine walked the entire length looking for a seat, but the only seat left was taken by a well dressed, middle-aged, French woman’s poodle.

The war-weary Marine asked, “Ma’am, may I have that seat?”

The French woman just sniffed and said to no one in particular “Americans are so rude. My little Fifi is using that seat.”

The Marine walked the entire train again, but the only seat left was under the yapping dog.

She snorted, “Not only are you Americans rude, you are also arrogant!”

This time the Marine didn’t say a word; he just picked up the yapping dog, tossed it out the train window, and sat down.

The woman shrieked, “Someone must defend my honor! This American should be put in his place!”

An English gentleman sitting nearby spoke up, ‘Sir, you Americans seem to have a penchant for doing the wrong thing. You hold the fork in the wrong hand. You drive your cars on the wrong side of the road. And now, sir, it appears you have thrown the wrong bitch out the window.

Previous Zero Limits and I (Part 2)

Next Zero Limits and I (Part 3)

Civilization – To Be In Another’s Shoes 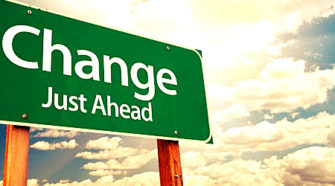