Most of my colleagues were very excited because a new manager transferred to our department. We had heard that he was capable, and he had come to reorganize the business, but after a few days, the new director had done nothing. He showed up at the office politely every day, but just stayed in his room and hardly came out. Seeing that he did nothing, those with bad motives who were initially nervous about his coming became bold and more rampant.

“He is not that capable, just a nice guy. It is easier to fool him than the former manager!”

Four months later, as people continued to feel disappointed towards the new manager, he suddenly took action – he fired all the bad employees, but he promoted the diligent personnel. After taking such a quick and precise action, he seemed to be an entirely different person.

At the year-end dinner party, the new manager gave a speech after everyone had filled and emptied their glasses three times:

“I believe that you were confused by my subdued action when I first came here, and then when I made sudden decisions for the office. I would like to tell you a story so that you will understand why I did so. I have a friend who bought a house with a huge yard. After moving in, he immediately cleared the whole yard. Then he planted new flowers throughout. One day, the original owner came to visit him, and he was shocked to see the yard, asking, “Where are the expensive peonies?”

Then my friend realized that he had thought the peonies were weeds and had removed all of them.

Later he bought another house, and although the yard was messy, he did not take action right away. And sure enough, the plants he thought were weeds blossomed in the spring. Likewise, the plants that flowered in the summer were what he thought were weeds in the spring. The small trees stood there quietly for half of a year and then began growing beautiful foliage in the autumn.

He waited until late autumn to make sure that he had seen all the plants and recognized the useless weeds and removed them. That way, he could preserve all of the flowers and trees.”

The manager raised his cup and continued:
“Let me toast to everyone here. The office is like a garden; you are all precious flowers. And flowers can not blossom throughout the year. Therefore we can only recognize it after long-term observation!” 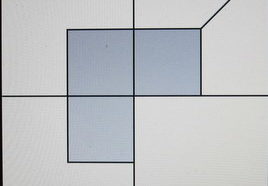 Go Back to Simplicity