When I got back from the first Zero Limits seminar, small things in my life started to go wrong. First, the plumbing pipes got clogged in my home, as well as in another home that my daughter and I co-own and lease to tenants. Upon further investigation, it was learned that to fix them would require more than just a thorough cleaning: the pipes needed to be replaced entirely in both homes. Then, my computer became infected so badly that my son-in-law had to wipe clean the hard drive. With one thing like this going on after another, I soon began to realize that the universe was putting me through an intense period of self-cleansing.

The second Zero Limits workshop was coming up on August 1-2, 2009 and because my computer was still with my son-in-law, I had to call Dr. Len’s Assistant, Joan, to register. While I had her on the phone, I decided to ask her to pass along both my Chinese name and my English name to Dr. Len, so he could perform a cleanse before class. When I went to the workshop, Joan told me that Dr. Len saw the shrimp and dragon when she gave him my Chinese name. Since She did not understand the meaning of either shrimp or dragon, I went straight to Dr. Len for an explanation. He told me that my Chinese name had the healing power for Alzheimer’s disease (shrimp) and respiratory problem (dragon). I always wanted to be able to heal people in sickness, but I would never have thought that the power to do so would be revealed in my name. The Divinity can help reveal our true potential in ways that we could never imagine on our own.

A couple of days after I came back from the workshop, I stopped by my son-in -law’s medical office to drop something off. As I stepped inside, I heard Amy, one of the nurses, urgently yelling “Alice, help me quickly!” Then I saw her rushing toward me to grab my hand and take me into one of the treatment rooms. She laid down immediately on the bed and struggled to tell me that she just had an allergic reaction to a peanut. She could hardly breathe.

I initially wanted to apply some of the energy healing techniques I had learned a few years prior, but looking at her lying there, with her breath getting harder, I knew I had to perform a cleanse on myself: “I love you. I am sorry. Please forgive me. Thank you,” I said, over and over again. All of sudden I remembered what Dr. Len had said about my name providing me with the power to heal respiratory problems. Immediately I told her to say my Chinese name: ”Sing I, Sing I, Sing I…” After three minutes, Amy stood up and said she was perfectly fine. Looking at her with a smile after I opened my eyes, I could not believe what had transpired in front of me.

I shared the testimony of Zero Limits with more than 30 friends on November 12, 2009.

Previous Zero Limits and I (Part 1) 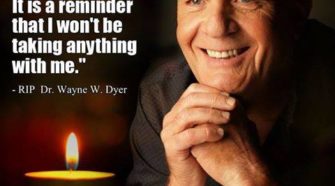