An MRI study by USC and a group of international researchers has found that having the opportunity to learn from failure can turn it into a positive experience – but only if the brain has a chance to learn from its mistakes. The following stories echo the same results of the USC MRI study.

“Failure should be our teacher, not our undertaker. Failure is delay, not defeat. It is a temporary detour, not a dead end.” -Denis Waitley

There was a paper mill worker at work one day; he produced a pile of waste paper, which could not be used to write on because he carelessly made a mistake in the formula. His boss was furious and not only deducted his salary but also fired him. Moreover, he was ordered to take the waste paper home.

The mill worker was dejected and despondent to bring back a pile of useless waste paper.

His wife was cooking dinner when he went home. He slumped at the table, staring at the beef soup that stewed on the stove, thinking about how to tell his wife the bad news that he had lost his job. Suddenly, his wife screamed because the beef soup began to overflow and splash everywhere.

The worker did not think much, and immediately took a few sheets of waste paper that he had brought home, covering the soup that had spilled on the stove and elsewhere. The paper drained the soup. He was surprised to see the paper had absorbed all the soup. He could not help but think, “Could there be a use for this paper, even if it cannot be used in writing?”

The worker carefully studied the paper and found that its water absorption was splendid. It could not be used to write, but it could instead be used to dry the water off of areas. He cut the paper into pieces and brought the paper to the market to sell. The absorbent paper quickly became popular.

Later, the worker applied for the patent for his absorbent paper, which he initially made by mistake. As a result, he made a huge fortune.

It is said that this is how paper towels came about. The worker who was fired for using the wrong paper formula instead became one of Germany’s most wealthy people!

When the worker was first fired, how could he expect that the thing that helped him become successful was the wrong product he made that had cost him his job?

There is also another well-known example of the success of a mistake; it is the origin of Japanese sake. Japanese rice wine was opaque in the early days. One day, as the owner was inspecting the winery, he caught a worker stealing rice wine, who he angrily fired.

The dismissed worker was unhappy, and he wanted to retaliate, so he threw the ashes of the stove into the barrel. By the time the owner found out, the barrel was full of ash; but he also realized that the remaining upper layer of the wine was as clear as water.

The wine owner was not frustrated or upset about the wasted rice wine. Instead, he immediately applied this newly found clarifying method. After many trials and improvements, he started producing clear sake, and it was well received.

The way to make a mistake perfect is to learn from that mistake. If you are simply upset because of the error, you will never know how much reward you might receive from that mistake in the future.

The original Chinese version is posted on my Chinese blog-

Previous Prayer of Awakening Our Strength

Next Short Stories of Enlightenment 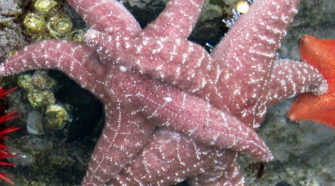