The image ifs from https://www.almanac.com/plant/daffodils.

Rice is in her eighties; she lives alone in an old house in a shabby alley in New York. Her husband died more than twenty years ago.

She has developed a peculiar habit which has been caused by her grief and boredom. Every day, she looks through his belongings and carefully cleans his picture. These tasks take up most of the day. She has done this for the past two decades.

One day, it was raining heavily outside. Rice could not sit still and search through her husband’s belongings that day. She was angry because a glove that her husband had used before his death now had a big hole in it, which had been caused by a nasty rat.

Could her relics of her husband survive being defiled by rats?

Worried, Rice scrambled to gather up these precious objects for safekeeping. As she did so, a piece of paper fell out of a large faded book.

Rice picked it up and found it to be a 200-year-old handwritten receipt for a $100 bank deposit. The bank in question was a branch of the Swiss bank.

With nothing else to do at home, Rice took the ancient receipt to the Swiss bank, although she did not have much hope that it would still be valuable.

The staff at the bank branch did not say much after receiving the 200-year-old document, but they did ask Rice to leave her telephone number and home address.

It turned out that after receiving Rice’s receipt, the staff had immediately reported the development to the branch manager. The branch manager had promptly passed the information along to his superiors.

The president of the bank said that this document for 100 USD is the oldest one of its kind to be discovered by the company.

Many people did not understand the actions taken by the Swiss bank. After all, the deposit was made 200 years ago; many changes have taken place during this period. The bank probably could come up with many reasons to invalidate this document.

In response to this suggestion, the Swiss bank replied: “What we exchange is a promise to our customers. Honesty is the signature of the Swiss bank. If you keep it in our bank, you will never lose your money as long as the earth is still standing.”

This promise, along with this 200-year-old handwritten receipt, is displayed in the hall of the Swiss Bank Pavilion. It is also engraved on the heart of every Swiss banker.

I love this story very much, so I took the liberty to translate it and share it with the readers here. Unfortunately, the original text is in Chinese, and the author is unknown. I am not certain if the story is true, but even if it is not, I think that it is worth telling. 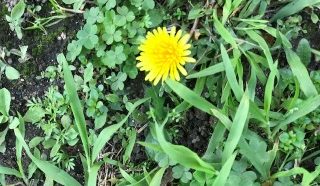